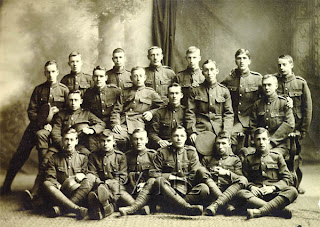 July 1st marks the 95th anniversary of the Battle of Beaumont-Hamel - one of the most significant battles fought by the Newfoundlanders in the First World War. The Royal Newfoundland Regiment sent 801 soldiers to battle at Beaumont-Hamel. Only 68 members of the unit answered roll call the next day.

As a member of The War Amps Operation Legacy, a group of committed young people who are dedicated to preserving Canada's military heritage, I would like to highlight this anniversary.

The Royal Newfoundland Regiment - also known as the "Blue Puttees" because of the colour of the uniform leggings the soldiers wore - was literally a band of volunteers built from scratch. Following their near annihilation at Beaumont-Hamel, they regrouped and distinguished themselves in other significant battles throughout the war. They earned themselves the reputation as one of the best fighting forces of the "war to end all wars." Perhaps the ultimate honour, they were awarded the prefix "Royal" to the regiment by the British War Office before the war was even over.

To mark this anniversary, The War Amps has re-released its documentary The Blue Puttees to regular and specialty TV channels. As part of The War Amps Military Heritage Series, it is also available at a cost-recovery price of $12 by calling 1.800.250.3030 or visiting waramos.ca.