L.M. Montgomery's Granddaughter to meet the Duke and Duchess of Cambridge on Prince Edward Island 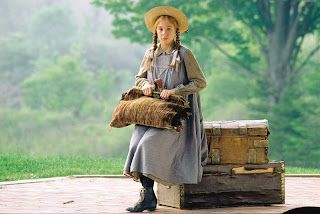 TORONTO, June 24, 2011 /Canada NewsWire/ - As part of the upcoming Royal visit, Kate Macdonald Butler, granddaughter of L.M. Montgomery, will attend a reception in honour of the Duke and Duchess of Cambridge at Dalvay-by-the-Sea in PEI on Monday, July 4, from 12 to 4 p.m. Kate and her daughter Eliza will fly to PEI, the birthplace of Anne of Green Gables, with the hope of presenting the Duchess with a special 100th Anniversary Edition of the book she is reported to have loved as a child.

Lynne Missen, Publishing Director, Young Readers Group, Penguin Canada says: "Anne of Green Gables holds a very special place in the hearts of Canadians, and at Penguin, we were thrilled to hear that the Duchess of Cambridge shared our love for such a beloved Canadian heroine."

Anne of Green Gables, Before Green Gables (a prequel written by award-winning Canadian author Budge Wilson), and Imagining Anne: The Island Scrapbooks by Elizabeth Rollins Epperley were published by Penguin Canada in 2008 to mark the 100th anniversary of Canada's beloved literary heroine.

The 100th Anniversary Edition of Anne of Green Gables was created using the exquisite original cover by George Gibbs and interior illustrations by M.A. Claus and W.A.J. Claus. Two of Montgomery's grandchildren, Kate and David Macdonald, provided a new introduction for this special edition of the novel. Throughout her years, L.M. Montgomery kept diaries and scrapbooks, and two of these, known as the Island Scrapbooks, reveal her creative imagination, interests, and inspirations from the years 1893 to 1910, covering the time she wrote and published Anne of Green Gables.

While millions of readers across the world may have a dog-eared, much loved paperback edition of Anne of Green Gables at home, it is the wish of the Montgomery heirs to bestow the Duke and Duchess of Cambridge with their own special, signed editions of these famous books, to be handed down through generations.

Penguin is one of the world's leading children's trade book publishers, publishing some of the world's bestselling and award-winning authors and brands, including The Tale of Peter Rabbit, Winnie the Pooh, The Very Hungry Caterpillar, and the works of Roald Dahl. Penguin Canada is proud to be the official publisher of the 100th Anniversary Editions of Anne of Green Gables.