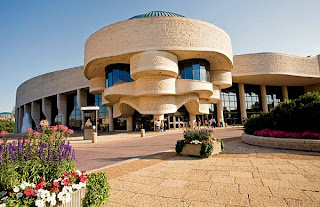 "I am pleased to announce the appointment of Mr. O'Neill," said Minister Moore. "I am confident that under his leadership, Canada's Civilization and War Museums will continue to play a key role in strengthening Canadians' understanding of our history."

Since 2001, Mr. O'Neill has held various executive positions within the Canadian Museum of Civilization Corporation (CMCC). Prior to this appointment, he had been the Director General of the Canadian War Museum, while also assuming the responsibilities of Vice President and Corporate Secretary of the CMCC. From 2004 to 2009, he held the position of Vice President, Public Affairs and Publishing at the CMCC.

During his public service career, which started in 1986, Mr. O'Neill has held various managerial positions in the Department of Canadian Heritage, including Director of the Cultural Property Directorate and Secretary of the Canadian Cultural Property Export Review Board; Manager of Access to Heritage; and Team Leader, Multiculturalism Secretariat and Race Relations and Cross-Cultural Understanding Directorate.

The Canadian Museum of Civilization Corporation operates the Canadian Museum of Civilization, the Canadian War Museum, and the Virtual Museum of New France. As part of their mandate, the museums function as centres for research and public information on the social, military, and human history of the country. Their principal role is to preserve and promote the heritage of Canada for present and future generations, thereby contributing to the enhancement of Canadian identity. For more information, visit the Corporation's website at www.civilization.ca.