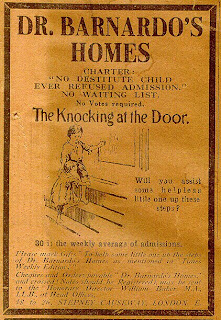 In a brief ceremony in the Lieutenant-Governor’s suite at Queen’s Park, Chief Justice Winkler signed his name to the bill.

British Home Child Day will be celebrated on September 28th of each year in Ontario.
Bill 185 received second and third reading in the Legislature of Ontario on May 19th, 2011,
and was then sent to the Lieutenant-Governor’s office for Royal Assent.

“May we long remember and honour the courage, strength and determination of our British Home Children ancestors, and celebrate their wonderful legacies,” said Jim Brownell, MPP for Stormont-Dundas-South Glengarry.

(Will the other provinces also pursue a Home Child day?)