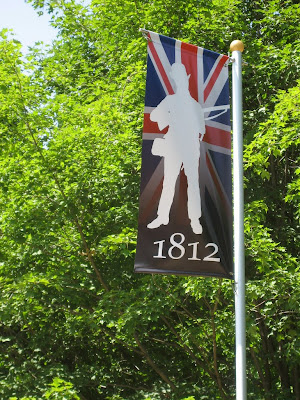 A War of 1812 symposium hosted by the University of Guelph received extensive coverage in the weekend’s Globe and Mail. The newspaper’s “Focus” section included a front-page article about the conference and the history and politics of the war, and two photo galleries of people in period costumes.

The news story featured U of G history PhD student Elaine Young. Young, who studies historical commemoration, was a keynote speaker at the symposium. She said that the War of 1812 is heavily promoted as part of the country’s military heritage because “Canadian’s have long had trouble defining themselves, and so there's a search for the good old days of national unity when we all came together.”

The symposium brought some of Canada’s most respected and popular War of 1812 historians to campus Feb. 25.
It was sponsored by U of G’s Department of History and the Cambridge, Ont.-based 41st Regiment of Foot re-enactment group, as well as “living history” groups in London and Hamilton, the .Wellington County Museum, the Guelph Historical Society and Guelph Museums.