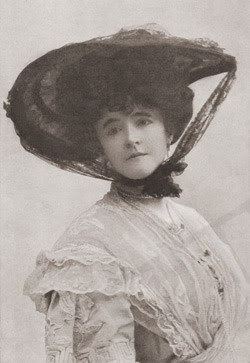 Hear about the girl from Guelph who became a famous fashion designer and survived the Titanic - only to become notorious in its aftermath.

Lucile, Lady Duff Gordon was the Edwardian world’s most famous couturiere with elegant salons in London, Paris and New York. Yet this aristocratic lady had grown up as plain Lucy Sutherland in a place she called “dirty little Guelph.” When urgent business called Lucile to New York in April of 1912 she took the first available ship - which happened to be the Titanic. How Lucile and her husband Sir Cosmo escaped from the sinking liner became the most sensational news story of the Titanic disaster.

Author and Guelph native Hugh Brewster gives a hometown launch of his new book, RMS Titanic: Gilded Lives, Fatal Voyage with a specially created multi-media talk about the most famous woman ever to have come from Guelph. Books will be available for sale and signing.