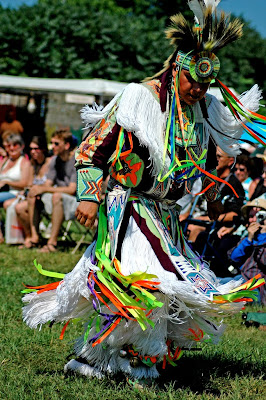 FORT SASKATCHEWAN, Alberta, March 6, 2012 /Canada NewsWire/ - The Fort Saskatchewan Historical Society will present the 3rd Peoples of the North Saskatchewan Festival, thanks to support from the Government of Canada. Funding was announced today by the Honourable Tim Uppal, Minister of State (Democratic Reform) and Member of Parliament (Edmonton-Sherwood Park), on behalf of the Honourable James Moore, Minister of Canadian Heritage and Official Languages.

This funding will support the two-day festival, which will be held at the Fort Saskatchewan Museum and Historic Site on May 10 and 11, 2012. Planned activities will celebrate and commemorate early settlers in the Fort Saskatchewan region. Aboriginal and pioneer life will be showcased through dance and historic storytelling. Visitors will also experience interactive demonstrations of sawing, weaving, spinning, and butter and bannock making, as well as Red River cart rides.

"Our Government received a strong mandate from Canadians to invest in Alberta's economic future," said Minister Moore. "By supporting events like Peoples of the North Saskatchewan Festival, our Government is delivering on its commitment to strengthen our economy and support local arts, culture, and heritage."

"I am thrilled to see that residents and visitors to Fort Saskatchewan will once again be able to take part in this festival," said Minister of State. Uppal. "It encourages and promotes local artists and performers, and also showcases the rich culture and heritage of the region. Congratulations to the Fort Saskatchewan Historical Society and the many volunteers on their continued efforts to make this festival a success."

"As our festival continues to grow in attendance and activities, it never ceases to amaze when I see the many smiles from the children—and so we really appreciate the funding provided by the Government of Canada, which allows us to keep the festival going and keep the smiles coming," said Ray Thurston, President, Fort Saskatchewan Historical Society.

The Government of Canada has provided funding of $2,300 through the Building Communities through Arts and Heritage program of the Department of Canadian Heritage. This program provides Canadians with more opportunities to take part in activities that present local arts and culture and celebrate local history and heritage.