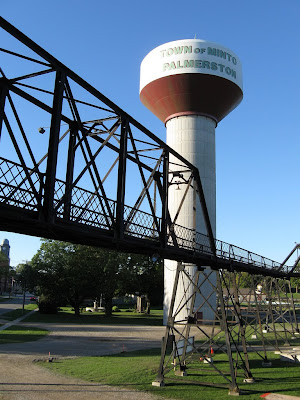 PALMERSTON, Ontario, March 7, 2012 /Canada NewsWire/ - Residents of Palmerston will be able to commemorate the opening of the Pedestrian Bridge 100 years ago, thanks to an investment from the Government of Canada. This was announced today by Gary Schellenberger, Member of Parliament (Perth-Wellington), on behalf of the Honourable James Moore, Minister of Canadian Heritage and Official Languages.

When the railway pedestrian bridge was opened in August 1912, it safely allowed schoolchildren and other people to cross the train tracks, which accommodated up to 40 trains a day. Although train traffic ended in 1992, pedestrians continue to use this bridge today.

The Palmerston Lions Club will commemorate the 100th anniversary of the Pedestrian Bridge from August 9 to 12, 2012, in Wellington County, Ontario. Activities will include live musical performances, a railway art exhibit, printing and welding demonstrations, and storytelling. A series of three murals, a video on the heritage of the railway, and a commemorative painting of the bridge will help the community celebrate this important anniversary.

"Our Government received a strong mandate from Canadians to support important commemorations like the 100th anniversary of Palmerston's Pedestrian Bridge," said Minister Moore. "By supporting this celebration, our Government is delivering on its commitment to strengthen our economy and support our arts, culture, and heritage."


"The Pedestrian Bridge is considered Palmerston's most unique and treasured landmark," said Mr. Schellenberger. "I am proud that this investment from our Government will help residents of Palmerston commemorate the 100th anniversary of this important piece of their local heritage." 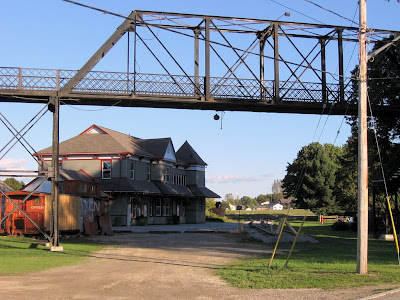 "I am so glad that the Government of Canada has granted us funding for the 100th anniversary celebration of railway pedestrian bridge in Palmerston," said Shawn Hedge, President, Palmerston Lions Club. "With this funding, we will be able to showcase one of our town's most significant historical landmarks for not only our community to enjoy, but for neighbouring ones to enjoy as well."

The Government of Canada has provided funding of $10,700 through the Building Communities Through Arts and Heritage program of the Department of Canadian Heritage. This program provides Canadians with more opportunities to take part in activities that present local arts and culture and celebrate local history and heritage.