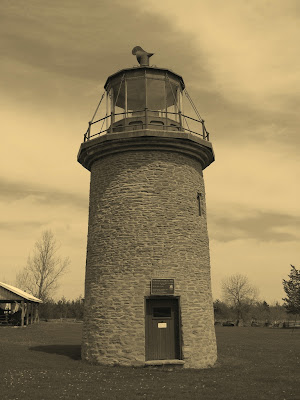 OTTAWA, February 8, 2012 /Canada NewsWire/ - The Heritage Canada Foundation (HCF) is launching a campaign to encourage federal investment in the efforts of local groups and communities to save their lighthouses.

The Government of Canada owns hundreds of iconic lighthouses. Earlier this year, Canadians were shocked to learn that the Department of Fisheries and Oceans (DFO) had declared more than 500 lighthouses—including the most historic ones—as "surplus."

The Heritage Lighthouse Protection Act (HLPA), which came into effect in May 2010, was intended to conserve and protect heritage lighthouses. However the Act excludes lighthouses that are declared "surplus" from being designated unless a community group or private owner commits to buy or otherwise acquire them and protect their heritage character. As a result, local groups and communities are now under pressure to assume the financial responsibility for maintenance and protection of almost all of Canada's iconic lighthouses.

The Standing Senate Committee on Fisheries and Oceans stated in their March 2011 Report on the Implementation of the Heritage Lighthouse Protection Act that the Act's intent was undermined by DFO's action.

"HCF agrees with the Senate Committee that federal support is essential to help communities save our country's lighthouses before they're lost to demotion and neglect," says Natalie Bull, HCF's executive director. "The Save Canada's Lighthouses campaign is designed to raise awareness, and attract federal support to these important icons."

Canadians are urged to sign the petition at www.savecanadaslighthouses.ca. Time is also running out to nominate lighthouses for designation: To be considered, each lighthouse requires a nomination supported by 25 people and submitted to the Minister of the Environment by May 29, 2012.

The Heritage Canada Foundation is a national registered charity dedicated to the preservation of Canada's historic places.