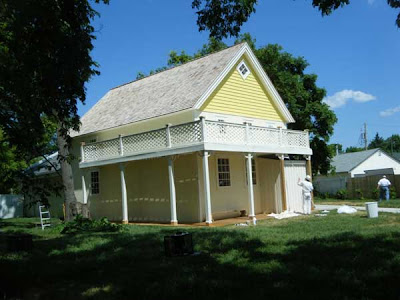 WINNIPEG, Manitoba February 17, 2012 /Canada NewsWire/ - Important renovations to Barber House will be completed thanks to support from the Government of Canada. The Honourable Vic Toews, Minister of Public Safety and Regional Minister for Manitoba, today announced the funding on behalf of the Honourable James Moore, Minister of Canadian Heritage and Official Languages.

The SISTARS Community Economic Development Co-Op is renovating Barber House and turning it into a heritage facility and community centre to mark the 200th anniversary of the Selkirk Settlement. The funding announced today will help the Co-op undertake the final steps to complete the project.

"Our Government received a strong mandate from Canadians to invest in and celebrate important milestones like the 200th anniversary of the arrival of the Red River Selkirk Settlers in Manitoba," said Minister Moore. "By supporting the renovation of Barber House, our Government is delivering on its commitment to strengthen our economy and support arts, culture, and heritage."

"This project provided an ideal way to celebrate an event of such significance to Winnipeg and the Point Douglas neighborhood," said Minister Toews. "With this additional support, the SISTARS Community Economic Development Co-Op will be able to put the final touches on Barber house, transforming it into the multifunctional meeting place it was destined to be."

"The Barber House has gone from a neglected, rundown building to a beautiful ray of light and hope for the Point Douglas neighbourhood," said Sandy Dzedzora, Board Chair of SISTARS Community Economic Development Co-op. "Not only is it a historical gem, but it also provides a safe and caring place for community members and our seniors."

The Government of Canada is providing funding of $28,979 through the Building Communities Through Arts and Heritage program of the Department of Canadian Heritage. This program provides Canadians with more opportunities to take part in activities that present local arts and culture and celebrate local history and heritage. This funding is in addition to the $301,509 already provided to SISTARS for the project. 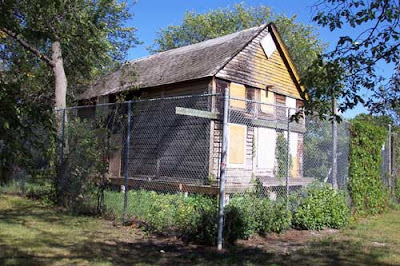 Just a little north and east of Ross House, at 99 Euclid Avenue, is another property owned by the city: the E. L. Barber House (built circa 1862). The house was built by Edmund Lorenzo Barber and is another example of the Red River Frame architectural style although this version of the two-storey house has some significant modifications that may have been influence by Barber’s New England birth. The house is designated as a Heritage Building by both the City of Winnipeg (http://winnipeg.ca/ppd/historic/pdf-consv/Euclid%2099-short.pdf) and the Province of Manitoba (www.gov.mb.ca/chc/hrb/prov/p028.html). The house was occupied by the Barber family for over a century. The house is linked to some colourful anecdotal tales about the Riel Rebellion (www.mhs.mb.ca/docs/transactions/3/schultz_jc.shtml).

In 1974, it was bought by the city; however, in 1993, the structure was partially burned and vandalized. At one time, there were plans for the building to be refurbished although currently it stands empty, protected by a chain link fence. Heritage Winnipeg recently received funding to study the possible restoration and conversion of the house so there still may be a chance of its preservation.