What Thomas Jefferson grew in his own Vegetable Garden at Monticello 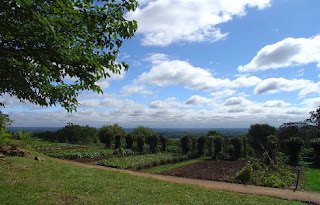 from TreeHugger.com
by Colleen Vanderlinden

In honor of Independence Day, I thought it would be fun to look into what Thomas Jefferson grew in his own vegetable garden at Monticello. Happily, the official Monticello website has a great essay by the director of the Monticello Gardens and Grounds which takes a look at which veggies the Founding Father was most fond of growing.

We learn, for instance, that Jefferson was especially fond of English (shelling) peas, and that he and other local gardeners had a friendly competition each spring to see who could harvest the earliest pea from his garden. The winner hosted a dinner for the rest of the contestants.

Jefferson was also a trailblazer when it came to growing tomatoes. In the early 1800s, he started planting tomatoes at Monticello. Just a century earlier, it was believed that tomatoes were poisonous, and would either kill those who ate them, or, at the very least, cause them to go insane.

What else did Jefferson grow? Lettuce, okra, artichokes, asparagus, beans, and many other edibles. He was fond of figs, and looked into pressing his own olive oil. If you want to read more about Jefferson's vegetable garden at Monticello, here is the essay in full.