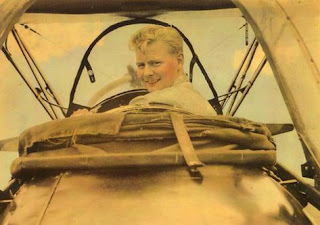 BRACEBRIDGE, Ontario, July 26, 2011 /Canada NewsWire/ - The Ontario Provincial Police (OPP), in conjunction with the Office of the Chief Coroner of Ontario, Ministry of Culture and Heritage Ontario, the Department of National Defence (DND), and the Lost Airmen of Muskoka Project (L.A.M.P.) are confirming the discovery of a Second World War aircraft that crashed and went missing over Lake Muskoka.

The initial discovery was made by members from the OPP Underwater Search and Recovery Unit (USRU) using side-scan sonar technology. A dive was conducted at the crash site on July 27, 2010, at which time a Remote Operated Vessel (ROV) was used. Evidence clearly identifies the aircraft as a Northrop Industries A-17 Nomad #3521 that was involved in a mid-air collision over the lake on December 13, 1940, while searching for another aircraft that went missing the day before.

The Coroner's Office and the OPP are satisfied that their missing persons case has been solved and that it is likely that remains are no longer recoverable.

The Coroner's Office has transferred the case over to DND which is conducting its own investigation. The airmen's personal belongings are currently being treated in Ottawa to assist with their preservation. Once completed, the items will be returned to the next-of-kin who have since been notified of the Nomad's discovery.

The exact location of the aircraft will remain confidential in the interest of protecting the site.