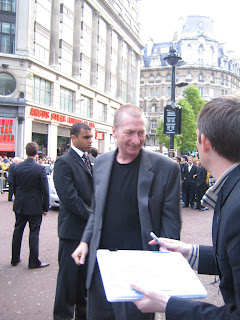 GRAVENHURST, Ontario, April 17, 2012 /Canada NewsWire/ - On Friday, April 20, 2012 at 1 p.m. join the Ontario Heritage Trust for the unveiling of a marker commemorating the gravesite of the Honourable Frank Stuart Miller, premier of Ontario from February to June 1985.

Born in Toronto but living most of his life in Muskoka, Frank Miller was the 19th premier of Ontario. A graduate of McGill University in Montreal, he was an auto dealer and a resort operator in the Muskokas. After serving as a city councillor in Bracebridge, he was elected to the legislature in 1971 for Muskoka. During his provincial career, he held various cabinet positions, including minister of health, 1974-77; and treasurer, 1978-83. He retired from politics in November 1985 and later served as chairman of the District Municipality of Muskoka and the Algoma Central Corporation.

The Premiers' Gravesites Program honours Ontario's former premiers and their service to Ontario by marking their gravesites. This program is administered by the Ontario Heritage Trust with funding support from the Government of Ontario.