The 1940 Census records of Judy Garland, Shirley Temple, Walt Disney, Jane Fonda and other celebrities can now all be viewed online 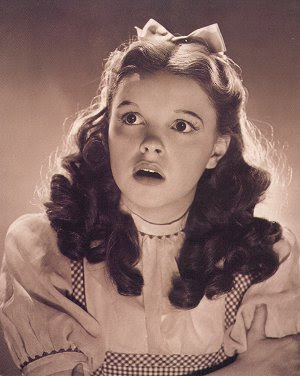 SANTA MONICA, California, April 4, 2012 /Canada NewsWire/ - Norma Jean Baker was age 13 and yet to win adult fame as Marilyn Monroe when she was recorded in the 1940 U.S. Census as living with her mother and stepfather in an apartment on Nebraska Avenue, Los Angeles.

"Norma's mother, Grace is listed with her then husband, Ervin Goddard, and Norma is recorded as their 'ward' ", says Josh Taylor, genealogist for family history website findmypast.com, which has unearthed the 1940 Census records of the teenage "Monroe" and other celebrities, following their long-awaited release Monday by the National Archives.

Judy Garland, 17, and still fresh from The Wizard of Oz a year earlier, is recorded as living with her mother, Ethel and sister, Sue, and earning over $5,000 a year. Judy's mother, Ethel provided the family's information, which lists both Judy and Sue as actresses in the motion picture industry.

Shirley Temple was 11 when she was recorded in the 1940 Census as living her parents and siblings. "She is clearly the big earner in the family", says Taylor.

The census finds Tom Brokaw - the future TV journalist and author who coined the phrase, "The Greatest Generation" - as a new-born baby and "permanent guest" with his parents at his grandfather's hotel in Bristol, South Dakota. His father operated a bulldozer for a construction company.

Walt Disney's record lists him as the owner of a motion picture company, while Joan Crawford's notes her recent divorce. Jack Warner of Warner Brothers is found living with his new wife (after his own scandalous recent divorce).

"Tom Brokaw and Chuck Norris are just two of the 21 million Americans counted in the 1940 Census and alive today", says Taylor.

Indeed, Carlos Ray ("Chuck") Norris is among the youngest of them all, since the future actor and tough guy was just three weeks old at the time and living in poverty in a rented home costing $6 per month in the town of Ryan, Oklahoma.