Ancestry.ca marks 100th anniversary of the sinking of RMS Titanic with chilling collection of historical records 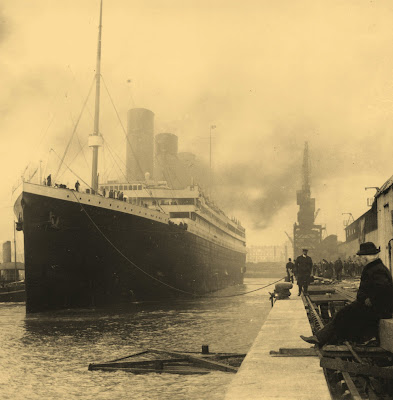 TORONTO, April 9, 2012 /Canada NewsWire/ - April 14 and 15, 2012 mark the 100th anniversary of one of history's most famous peacetime maritime disasters - the sinking of RMS Titanic during her maiden voyage. This month Ancestry.ca, Canada's leading family history website, commemorates this historic moment with a full suite of historical resources for Canadians interested in learning about the disaster - particularly the people involved and Canada's often forgotten connections to the tragedy.

There were more than 120 people aboard the Titanic with ties to Canada; whether born or residing in Canada, or travelling here from elsewhere. Ancestry.ca's Titanic resources, compiled in part with the Nova Scotia Archives, offer a variety of historical information about the people associated with the ship and its fate, all the way from its construction to the coroner's inquest.

"Many people think of the romance and tragedy behind Titanic's epic story but with these easily searchable records now on Ancestry.ca we can get a better understanding of the everyday lives of those directly involved and most affected," said Roger Dunbar, Managing Director, Ancestry.ca.

About the historical records

The collections being announced today provide a rare and sobering glimpse into the lives and deaths of the crew and passengers. The RMS Titanic Graves collection contains details about Fairview Cemetery in Halifax, Nova Scotia, the final resting place for 121Titanic victims and the largest collection of Titanic graves in the world, as well as images of many of the headstones.

The RMS Titanic Coroner Inquest collection contains 329 vivid and deeply moving files from the Halifax Coroner and the RMS Titanic List of Bodies Recovered contains 330 records of bodies recovered from the sea by ships from Nova Scotia and the disposition of the bodies at the time of recovery.

Additionally the collections RMS Titanic, Outward Passenger List, 1912, RMS Titanic, Deaths at Sea, 1912 and RMS Titanic, Crew Records, 1912 all include valuable information about the crew and passengers. Canadians can discover incredibly rich details through the information included, such as the ages of the passengers, their last residences, intended places of travel upon arrival in New York and even details about their occupations.

Records about the crew include correspondence, crew lists, duties/position, date and hour of embarkation, wages and much more.

Built in Belfast, Northern Ireland for the White Star Line at the Harland and Wolff shipyard, Titanic was heralded as the fastest ship in the world at the time of its launch.

On April 10, 1912, Titanic sailed for her maiden voyage from Southampton, England, bound for New York City, with more than 2,200 souls aboard.

Shortly before midnight on April 14, Titanic struck an iceberg in the North Atlantic, roughly 643 km south of the Grand Banks of Newfoundland, and sank within hours.

More than 1,500 people - more than two-thirds of those aboard - died in the disaster. Of the total passengers and crew aboard the Titanic, 68 per cent were lost. The majority of survivors were from the first (62% survival) and second (41% survival) classes. The survivor rate decreases for third class passengers (25% survival) and crew (23% survival).

Four Canadian vessels were involved in the search for bodies after the sinking, dispatched by the White Star Line: the Mackay-Bennett, the Minia, the Montmagny and the Algerine. These Canadian ships recovered almost all of the victims that were eventually found at sea.

The recovered bodies were brought to Halifax, a convenient location close to the sinking that provided victims' relatives with the opportunity to arrive by rail or ship to identify and claim bodies.

In September 1985, the wreckage of the Titanic was discovered 603 km southeast of St. John's Newfoundland.

"I think over time many Canadians have lost sight of the role their country played in this historic event. Despite its tragic nature it's a story that deserves to be told and shared and one we should be proud of as Canadians," said Dunbar.

Those interested in learning more about the Titanic and its crew and passengers can visit Ancestry.ca for a free 14 day trial (terms and conditions apply).

Ancestry.com Inc is the world's largest online family history resource, with more than 1.7 million paying subscribers. More than eight billion records have been added to the site in the past 15 years. Ancestry users have created more than 33 million family trees containing approximately four billion profiles.

In addition to its flagship site www.ancestry.ca/Titanic , Ancestry.com Inc offers several localised web sites, including Ancestry.ca which was launched in January 2006, designed to empower people to discover, preserve and share their family history.