Canadian Government Invests in Quebec's Heritage in the Laurentian Region 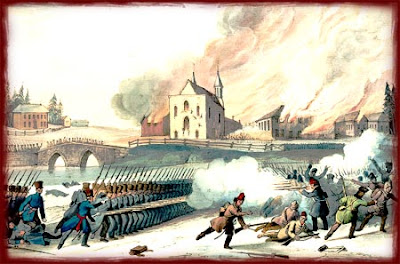 SAINT-EUSTACHE, Quebec, April 13, 2012 /Canada NewsWire/ - Thanks to an investment from the Government of Canada, citizens of the Laurentian region will celebrate two major anniversaries in 2012—the 250th anniversary of the Moulin Légaré (historic site and monument) and the 175th anniversary of the Rebellion of 1837, during which the Saint-Eustache Church played an important role. This was announced today by the Honourable Claude Carignan, Senator and Deputy Leader of the Government in the Senate, on behalf of the Honourable James Moore, Minister of Canadian Heritage and Official Languages.

Funding will support a broad variety of activities that are taking place from February 11 to December 16, 2012. Close to 450 artists, craftspeople, and performers will be part of the celebrations, in addition to 250 volunteers. Approximately 60,000 visitors are expected.

"Our Government is proud to honour the history and heritage of our communities," said Minister Moore. "These organizations represent some of the very best that Quebec has to offer. We believe that investing in culture is essential for our economy and for the strength of communities across Canada."

"I am proud that the Government of Canada is supporting the Corporation du moulin Légaré, because in addition to encouraging citizens to participate in activities for these major anniversaries that celebrate the region's history and heritage and contribute to its economic development, it revives a sense of belonging among residents to this magnificent area of Quebec," said Senator Carignan.

"Thanks to Government of Canada funding, the 2012 festivities will highlight two important dates in the history of Saint-Eustache. These major historic events mark a significant turning point for our city in recognizing, promoting, and celebrating our history and our heritage," said Ernest Labelle, President of the Corporation du moulin Légaré. "Carrying out the programming, in close cooperation with cultural and heritage organizations will help us develop new connections and partnerships and strengthen existing ones."

"The Moulin Légaré is a living witness of our past and a constant source of pride for residents of Saint-Eustache. Its presence contributes to Saint-Eustache's distinctive and unique character. This year will highlight the Moulin's 250th anniversary, and we are delighted about the Government of Canada's support for our ongoing efforts to protect and promote this jewel of our cultural heritage, for the benefit of present and future generations," said Pierre Charron, Mayor of Saint-Eustache.

The Corporation du moulin Légaré plays a leading role within the heritage centre of Vieux-Saint-Eustache. The organization is recognized for its professionalism in conservation initiatives, for showcasing the mill, and for educating the public about history and heritage.

The Government of Canada has provided funding of $109,380 through the Building Communities Through Arts and Heritage program of the Department of Canadian Heritage. This program provides Canadians with more opportunities to take part in activities that present local arts and culture and celebrate local history and heritage.