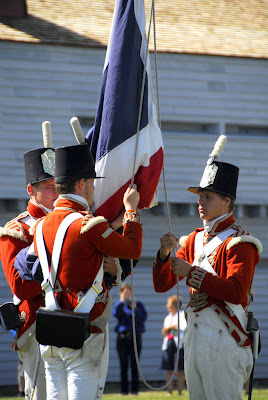 TORONTO, December 30, 2011 /Canada NewsWire/ - The Honourable David C. Onley, Lieutenant Governor of Ontario, invites all Ontarians to Niagara-on-the-Lake to help kick-off the new year as well as the War of 1812 Bicentennial Commemoration celebrations.

The Levee will be held at Fort George National Historic Site, on Sunday, 1 January 2012, from 1:00 p.m. until 4:00 p.m. a location specifically chosen to highlight the important role played by the Niagara Region in the War of 1812.

A tradition in Canada since 1646, the Levee is a special opportunity to meet The Queen's representative in Ontario, and enjoy refreshments as well as tour the buildings, watch the military and music demonstrations and learn more from site staff about its history. The Lieutenant Governor will be joined by officials from throughout the Niagara area as well as representatives from the United States of America.