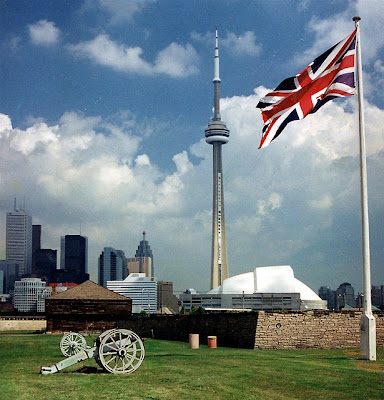 War of 1812 helped shape our nation and began 200 years of friendship between Canada, the United States of America and the United Kingdom

TORONTO, January 6, 2012 /Canada NewsWire/ - On January 28, 2012, 1812 will meet 2012 at the Annual Toronto Officers Garrison Ball. This year the Ball commemorates and kicks off the official bicentennial of the battles and events which helped shaped a nation.

This premier social event of the year for the military community in Toronto is hosted in 2012 by the Queen's York Rangers who established Fort York in 1793 under the command of John Graves Simcoe and who later became the first Lieutenant Governor of Upper Canada. The Fort York National Historic Site is the birthplace of urban Toronto and is best known as the location where the Battle of York came to its violent climax in 1813. The Fort served as the city's primary harbour defence between the 1790s and the 1880s, and was the home of a military garrison until the 1930s.

"We're honoured that The Garrison Ball hosted by Toronto's Queen's York Rangers will be the inaugural military event ushering in many commemorations and activities surrounding the bicentennial of the War of 1812" said Darrell Bricker, Honorary Colonel of the Queen's York Rangers (1st American Regiment).

"With the Honorable David Onley, Lieutenant Governor of Ontario, as the patron for this spectacular evening of colour and commemoration themed in the 1812 period, the 800 guests will be joined by dignitaries from the United States, United Kingdom and all levels of government as Toronto's Mayor Rob Ford proclaims January 28 'Queen's York Ranger's Day' in the City of Toronto" he said.

Toronto has proclaimed Saturday January 28, 1812 Day. And, in recognition of this historic occasion, Toronto's CN Tower will also be illuminated by the Regimental colours of the Queen's York Rangers.

The charity designated for the event is WoundedWarriors.ca.