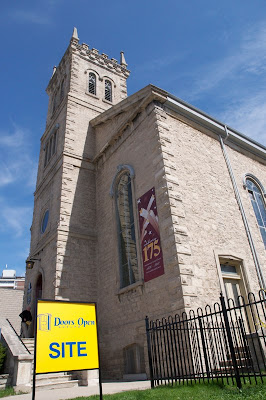 TORONTO, August 30, 2011 /Canada NewsWire/ - With more than half of this year's Doors Open Ontario events taking place in September and October, there are still plenty of opportunities to discover the province's hidden heritage treasures.

Since its launch in 2002, Doors Open Ontario has grown from 17 events to 56, incorporating hundreds of communities. As the 10th anniversary season concludes this October, the program will have generated more than four million visits to 4,500 separate sites across the province. From an economic standpoint, spending by out-of-town visitors will surpass the $20 million mark.

Ontario's architectural showpieces, community landmarks and natural wonders are waiting to be explored - all free of charge.


Visit www.doorsopenontario.on.ca for more information on these events, and to participate in the Doors Open Ontario 2011 Digital Photo Contest or the "All-time favourite sites" visitor survey.

Sponsors of Doors Open Ontario 2011 include: The Globe and Mail, the Ministry of Tourism and Culture, the Ontario Tourism Marketing Partnership Corporation and the participating communities.

Doors Open Ontario is a program of the Ontario Heritage Trust - an agency of the Government of Ontario dedicated to identifying, preserving, protecting and promoting Ontario's heritage for present and future generations.