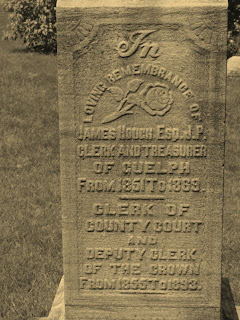 Originally pilot-tested in Nova Scotia, the Canadian Genealogy Survey is now looking to attract a wider audience. Canadians researching their family's history in Canada or abroad are invited the complete the survey, available at http://www.cusurveycentre.ca/gensurvey.

The researchers are also inviting family historians who are researching their Canadian ancestry from outside the country to take part.

Associate Professor of Marketing, Leighann Neilson revealed that over 400 people completed the survey during the first 10 days after it became available.

"We've had a wonderful response from the genealogy community in Nova Scotia, Neilson said, Now we are trying to get the message out across the country."

While the majority of people completing the survey have been from Canada, responses have also come in from across the United States, the UK and as far away as South Africa.

Del Muise, Emeritus Professor of History at Carleton, is collaborating with Neilson on the survey.

"In addition to completing the survey, we've had a number of people send us their comments and suggestions via email or leave comments on our blog. It's the chance to have this kind of interaction with people taking the survey that makes it really interesting for us."

As the survey moves across the country, the public can follow its progress
at http://www.genealogyincanada.blogspot.com.

"Family historians, librarians, archivists and others interested in genealogy are able to comment and offer their opinions. As results become available, we'll be posting them on the site and inviting the community to react, Muise said."