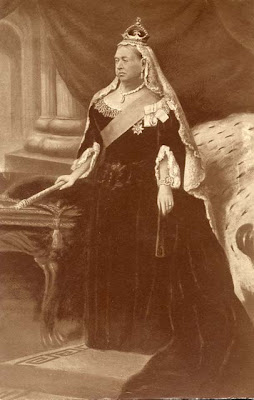 TORONTO, August 22, 2012 /Canada NewsWire/ - Bad boy Prince Harry is not the only Royal to be caught with his pants down - so to speak. Although the public is shocked to see their wild Prince flaunting the crown jewels, this is not the first time Royals have acted naughty.

The new HISTORY® series "Secret Life Of…" - Fridays at 8 p.m. ET/PT on HISTORY beginning Aug. 31 - exposes the scandals that would have rocked the House of Windsor had modern technology - and tabloids - been around. For example:

...We think of Queen Victoria as an old prude in a black sack, but in fact she loved getting frisky. She and her husband Prince Albert's hideaway looked picture perfect to the public, but their private rooms were more like the Playboy Mansion - complete with a locking system that let them lock their bedroom door from bed.

...Queen Elizabeth - whose entourage would have stunned a rock star - made her favorite boy toy Robert Dudley master of the horse (the equivalent of today's Royal bodyguards) just to keep him close. She even entertained him in her chambers! When he wiped his brow with her handkerchief, it horrified the court and today would have been on the front page of every tabloid.