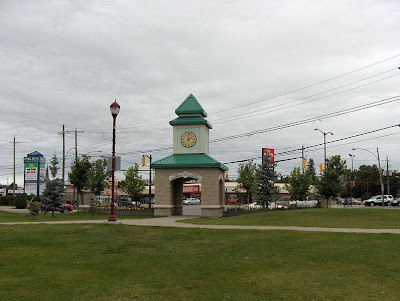 Ojibway and Cree communities were among the early inhabitants of the region. They were drawn to the area's abundant natural resources, and participated in vast trading networks with other First Nations. Europeans arrived in the late 1600s and in the centuries that followed, local French, English and First Nations communities were largely reliant on the fur trade. In the early 1900s, the Ontario government promoted further settlement in the region, and infrastructure - such as the Temiskaming and Northern Ontario Railway - made the area more accessible. In 1909, a substantial gold discovery in the region initiated a gold rush and led to the creation of mines, including Hollinger, Dome and McIntyre. A fire destroyed the mining settlement Porcupine Camp in 1911 and soon after Timmins developed as a "company town" of Noah Timmins's Hollinger Mines. Settlers from diverse backgrounds - including French-Canadian, Finnish, Ukrainian, Italian and Chinese - were drawn to Timmins, making it a vibrant community and an important cultural and economic centre for the region.

"The City of Timmins is a model of foresight, hope and perseverance. Hard work and dedication created a city known worldwide for its gold production. Timmins is a great example of successful industry and settlement in Ontario and I am pleased to commemorate the city's 100th anniversary." - Michael Chan, Minister of Tourism, Culture and Sport

"The Ontario government promoted settlement in the province's northern regions and many people answered the call, including English- and French-speaking Canadians, Finns, Italians and Ukrainians. Despite fire, harsh climes and rugged terrain, the inhabitants of the region persevered and created the splendid city that still stands after 100 years - a magnificent feat against the odds." - Thomas H.B. Symons, Chairman of the Ontario Heritage Trust

"The story of Timmins is an integral part of the history of this province. From the wild days of the Porcupine Gold Rush, the City of Timmins has grown to become an important regional centre for northeastern Ontario. We celebrate the past 100 years, certain in the knowledge that Timmins will continue to thrive for another 100 years." - Karen Bachmann, Director and Curator of Timmins Museum, City of Timmins

...The Ontario Heritage Trust is an agency of the Government of Ontario dedicated to identifying, preserving, protecting and promoting Ontario's heritage.

Find out more about the Ontario Heritage Trust and the City of Timmins's 100th anniversary.