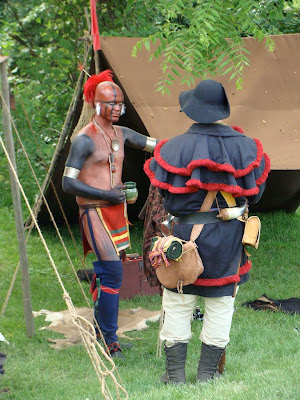 BRANTFORD, Ontario, July 30, 2012 /Canada NewsWire/ - Investments in the Woodland Cultural Centre will increase access to Indigenous arts and heritage, boost tourism, and raise awareness of the role played by Aboriginal people during the War of 1812. Support for the Centre's Planet IndigenUs Festival and for the 1812 Whirlwind Conference was announced today by Phil McColeman, Member of Parliament (Brant), on behalf of the Honourable James Moore, Minister of Canadian Heritage and Official Languages.

The Woodland Cultural Centre, a First Nations organization located on the Six Nations of the Grand River Territory in Brantford, Ontario, is a non-profit organization that preserves and promotes the culture and heritage of the First Nations of the Eastern Woodland area. The funding will support the Centre's third edition of the Planet IndigenUs Festival from August 10 to 19, 2012. The Festival celebrates Indigenous contemporary arts and culture and features music, theatre, dance, storytelling, and visual arts by Aboriginal artists from Canada and around the world. The investment will also support the Centre's conference commemorating the role of the Six Nations in the War of 1812. The 1812 Whirlwind Conference will be held at Six Nations Polytechnic in Ohsweken, Ontario, from November 15 to 17, 2012.

"This year marks the start of the five-year countdown to Canada's 150th birthday in 2017," said Minister Moore. "Our Government is proud to invest in projects that contribute to our collective identity and define who we are as Canadians. On the road to 2017, let us continue to celebrate all of the things that make Canada the united, prosperous, and free country we are today."

"By investing in the Woodland Cultural Centre, our Government is delivering on its commitment to strengthen our economy and facilitate access to our heritage, arts, and culture," said Mr. McColeman. "This support will help increase public awareness and understanding of our rich Aboriginal cultural heritage."

"Established in 1972, the Woodland Cultural Centre has been an integral cultural and educational centre within the Brantford and Six Nations communities," said Janis Monture, Executive Director of the Centre. "Its goal is to protect, promote, interpret, and present the history, language, intellect, and cultural heritage of the Anishinaabe and Onkwehonwe people. Providing several permanent and short-term exhibits, the Woodland Cultural Centre also focuses on language and cultural preservation that includes several special events such as arts and crafts workshops, Snowsnake tournaments, and much more!"

The Government of Canada has provided total funding of $105,200 through two programs of the Department of Canadian Heritage: $30,200 through the Aboriginal Heritage component of the Museums Assistance Program and $75,000 through the Canada Arts Presentation Fund. The Museums Assistance Program provides funding to Aboriginal organizations, Canadian museums, and related institutions for projects that foster excellence in museum activities and that facilitate access to the treasures of our collective heritage. The Canada Arts Presentation Fund gives Canadians increased access to the variety and richness of Canada's culture through professional arts festivals, presentations of live professional performances, and other artistic experiences.