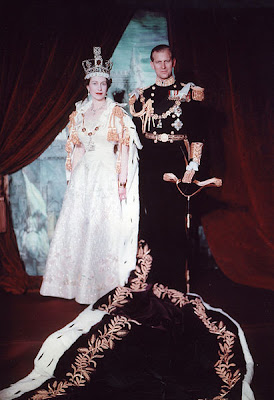 OTTAWA, December 6, 2011 /Canada NewsWire/ - The Harper Government today unveiled plans for the celebrations of The Queen's Diamond Jubilee—the 60th anniversary of Her Majesty's accession to the throne as Queen of Canada. The Honourable James Moore, Minister of Canadian Heritage and Official Languages, made the announcement today at an event at the Royal Canadian Mint, where he joined His Excellency The Right Honourable David Johnston at a ceremony for the striking of the first Diamond Jubilee medal.

"Our Government received a strong mandate to support and celebrate important milestones for Canada, like the Diamond Jubilee," said Minister Moore. "The only other time Canada celebrated the Diamond Jubilee of a reigning sovereign was for Queen Victoria in 1897. By supporting this most historic and significant anniversary, our Government is delivering on its commitment to reinforce our heritage through active celebration of our institutions that define who we are as Canadians."

Canadians from coast to coast to coast will celebrate Her Majesty's Diamond Jubilee by organizing and delivering a series of activities at the local level that best reflect the communities in which they live. Such events could be held on key dates throughout the year, including the anniversary of the 1952 accession on February 6, Commonwealth Day on March 12, Victoria Day on May 21, Canada Day on July 1, Thanksgiving, and Remembrance Day.

"For 60 years, Her Majesty has exemplified the true meaning of public service," said Minister Moore. "Today, I invite Canadians to start planning for the Diamond Jubilee. This is an opportunity to celebrate the past 60 years under Her Majesty's reign, her dedicated service to our country, and the important role of the Canadian Crown."

Including the Diamond Jubilee medal program announced in February 2011 by the Governor General and the Prime Minister, the Government will invest $ 7.5 million to increase awareness about this national milestone and encourage Canadians to actively celebrate it in ways that are most meaningful to them.

This includes support for the following:

...promotional materials for teachers, youth leaders, and local organizations to promote Diamond Jubilee and strengthen Canadians' awareness of our institutions

...a Diamond Jubilee Week, which will be the week beginning February 6 to coincide with Her Majesty's accession to the throne in 1952

...education tools, including an update of A Crown of Maples—a publication that explains the role of the Crown in Canada and our constitutional monarchy

For more information, visit the Diamond Jubilee website at www.diamondjubilee.pch.gc.ca. For details on the medal program, please refer to www.gg.ca

In 2012, Canada will mark the 60th anniversary of the accession of Her Majesty The Queen as Queen of Canada. To celebrate Her Majesty's Diamond Jubilee, a special program is being implemented to honour The Queen's reign, her service and her dedication to this country, as well as to celebrate Canadian achievements of the last 60 years.

To date, there has only been one Diamond Jubilee celebrated in Canada—that of Queen Victoria in 1897. This anniversary therefore provides a unique opportunity to celebrate our traditions, history, symbols, values and institutions, particularly about the role of the Crown in Canada.

The elements of the Diamond Jubilee celebrations include the following:

...Diamond Jubilee medals: Some 60,000 Diamond Jubilee medals—to match the 60 years of service of Her Majesty—will be given to Canadians throughout the year. This is a legacy activity that honours Her Majesty and recognizes the service of Canadians from all walks of life and backgrounds who have made significant contributions to their communities and helped create the Canada of today. The achievements of younger Canadians who are actively contributing to our future will also be a focus.

...Community-based funding initiative: Funding is being provided to support local activities that celebrate The Queen's Diamond Jubilee. It is available to associations, communities, educational institutions, and First Nations groups. This grassroots approach gives ownership to communities and allows citizens to decide how best to celebrate the Diamond Jubilee in ways most appropriate to them.

...Website and social media: The Diamond Jubilee website is an important source of information for Canadians, providing a single window to all Jubilee activities. It includes a special calendar feature—updated as the Diamond Jubilee year progresses—that provides information about events happening across the country. Canadians will also find links to interesting photo and video sources that feature Her Majesty and key milestones in Canada's history. Educational materials, notably an updated edition of A Crown of Maples (a booklet that explains the role of the Crown in Canada and our constitutional monarchy) will be accessible on the site. Canadians will also be able to order promotional items. There is also a section where Canadians can send greetings to Her Majesty. The website is www.diamondjubilee.pch.gc.ca.

...Promotional items: Promotional items for the Diamond Jubilee include paper hand flags, lapel pins, and posters. These are available to Canadians who are organizing an event and also to teachers and youth leaders to complement their learning materials.

...Youth: Initiatives to engage youth and foster greater awareness and understanding of the Monarchy's role in Canada, our system of government, and our collective sense of identity are included in all the Diamond Jubilee pillars.

The year will be launched with Diamond Jubilee Week, from February 6 to 12. A number of activities, including medal ceremonies, will be held across the country during this period. February 6, 1952, was the day Her Majesty The Queen acceded the Throne as Queen of Canada.

Federal departments and agencies have also developed initiatives, such as issuing commemorative coins and stamps, and holding special citizenship ceremonies. Other activities will be announced in lead-up to the Diamond Jubilee year. The Government has also partnered with provinces and territories and non-governmental organizations on celebrations that will take place across Canada.