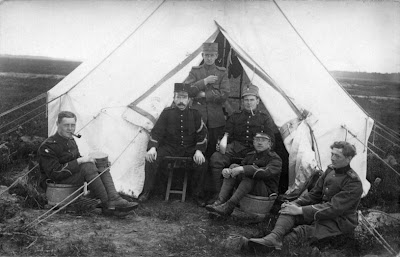 New Brunswickers in Wartime, 1914-1946 features the personal stories of individuals who served in uniform or in wartime industries, and those who supported the war from home. It also examines the people's readjustment to civilian life at war's end. Organized and first presented by the New Brunswick Museum, the exhibition was adapted by the War Museum for its presentation in Ottawa.

"We are very pleased to work in partnership with the New Brunswick Museum to bring this important exhibition to Canada's capital," said Mark O'Neill, President and CEO of the Canadian Museum of Civilization Corporation, which operates the Canadian War Museum. "The unique experiences of citizens of New Brunswick also shed light on the experiences of all Canadians in wartime."

Share the experiences of New Brunswickers such as the five Carty brothers, who all served in the air force; Medric Leblanc of Rogersville, a member of the First Special Service Force; Margaret Pictou Labillois from Eel River Bar First Nation; and Alice Murdoch, who entertained troops during the Second World War. These captivating stories—heroic, amusing, brave, sad, celebratory and moving—will bring to life ordinary people and these extraordinary times.

"We are proud to share the stories of the citizens of New Brunswick," said Minister Trevor Holder, New Brunswick Minister of Wellness, Culture and Sport and Tourism and Parks.

"We hope that it will be as appreciated by visitors to the Canadian War Museum as it was by all those who viewed it in New Brunswick," said Jane Fullerton, CEO of the New Brunswick Museum.

New Brunswickers in Wartime, 1914-1946 features more than 300 outstanding artifacts and archival items from 45 lenders. Adaptations by the War Museum include the addition of original works of art from the War Museum's Beaverbrook War Art Collection and a closer look at some of the personal stories highlighted in the exhibition.

The New Brunswick Museum originally organized the exhibition in 2005 to commemorate the Year of the Veteran and the 60th anniversary of the end of the Second World War. It has been well received by museum audiences in Saint John, Moncton and Edmundston. This will be its first presentation outside New Brunswick. The exhibition will run in Ottawa until April 9, 2012, Vimy Ridge Day.