Shakespeare in the Parlor 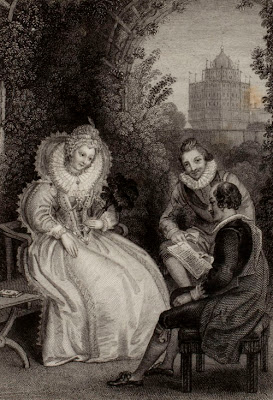 Shakespeare's works were quite popular within the United States from the time of the early colonies, but the first illustrated version of the bard's works did not appear until the 1840s. Between 1844 and 1847 Gulian C. Verplanck's "Shakespeare Plays" was published, complete with elaborate illustrations.

This digital collection from the American Antiquarian Society brings together a range of illustrations of Shakespeare's works from a literary annual and gift books in the nineteenth century.

The materials here are divided into different themes, including "Imagining the Man", "Comedies", "Women", and "Re-using Shakespeare". Visitors can click through each theme to learn about these various illustrations, which include depictions of Miranda, Juliet, and scenes from The Merry Wives.

The exhibit is rounded out by a bibliography and an "About" area.

Visit Shakespeare in the Parlor