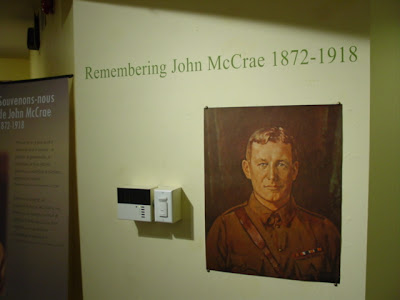 WINNIPEG, November 30, 2011 /Canada NewsWire/ - Canada's History Society is pleased to confirm today that His Excellency the Right Honourable David Johnston, Governor General of Canada will present the Governor General's History Awards, a newly expanded set of national honours in the field of Canadian history, on December 12, 2011 in Ottawa at 10 a.m. at Rideau Hall.

Since 1995, Canada's History Society has presented the Governor General's Awards for Excellence in Teaching Canadian History and the Pierre Berton Award for popular history. Over the past two years, Canada's History Society has been working in partnership with the Canadian Museums Association, the Canadian Historical Association, Historica-Dominion Institute and the Begbie History Society to establish an expanded set of Vice-Regal awards to bring greater profile and recognition to the value of historical research, education and public interpretation.

"We are honoured by the Governor General's decision." said Deborah Morrison, President and CEO of Canada's History Society. "History is a key component of our national culture and identity. These awards reflect the value and importance Canadians have for their history and provide an opportunity to recognize those who work so hard to help us improve our understanding of it."

The Canadian Historical Association's Sir John A. Macdonald Prize is a key award being integrated into the new Vice-Regal Awards program as the Governor General's History Award for Scholarly Achievement. For the past 33 years, the association has presented the prize to the non-fiction work of Canadian history publishing in the last year judged to have made the most significant contribution to an understanding of the Canadian past. Manulife Financial generously provides the $5,000 cash prize that accompanies the award.

"We are most grateful to the Governor General and Canada's History Society for helping the CHA give scholarly research greater exposure," said Michel Duquet, Executive Director of the Canadian Historical Association. "Well-researched and well-written Canadian history can educate and inspire Canadians. And I can't think of a more worthy setting than the Governor General Awards to recognize the valuable work of historians."

Three new awards are being created and will be presented for the first time this year. They include the newly unveiled Governor General's History Award for Excellence in Museums - History Alive! Award which will be presented to the Centre des sciences de Montréal for their exhibit titled, 'All Hands to Battle! Life in the Port of Montreal'. Their virtual exhibition yielded never before released images of the untold story of the importance of the port of Montréal during the Second World War.

"We are very proud to award this first Governor General's History Award for Excellence in Museums to the Montréal Science Centre for its innovative project Branle-bas de combat. This unique project brings to life the people that lived and worked in the old port of Montréal during the Second World War in a very dynamic way," says John G. McAvity, Executive Director of the Canadian Museums Association. "Thanks to the close collaboration between the centre's personnel and the Montréal community, the stories presented in this interactive exhibition are now accessible to a whole new audience."

Two Governor General's History Awards for Excellence in Community Programming will also be awarded to recognize the initiatives of volunteer-led heritage, community and cultural organizations. The inaugural recipients are the St. Joseph and Area Historical Society for a community theatre production entitled 'Narcisse: The Father of the St. Lawrence Seaway' and the Société d'histoire de Saint-Basile-le-Grand which organized a community seniors oral history project that sparked a summer long festival of local history presentations and photo exhibits of public story-telling. The recipients and their respective organizations will be receiving cash prizes totalling $3,500 as well as a medal and artistic plaque provided by Canada's History Society.

Announcements of the students and teacher recipients continue throughout the coming weeks and profiles of all the recipients will be available at CanadasHistory.ca/GGAwards by December 5, 2011.

The Governor General's History Awards bring together museums, community organizations, writers, historians, students, teachers, and media producers to celebrate as well as learn from each other. The day prior to the award ceremonies, recipients will participate in a public history forum at Library and Archives Canada. This year's Canada's History Forum - 'Speaking of History: How History is Explored Beyond the Classroom' is presented by Enbridge Inc. It is open to the public to attend for free onsite or online by registering at CanadasHistory.ca/HistoryForum2011.

In total, twenty-one Canadians will be honoured at Rideau Hall as part of the Governor General's History Awards presentations. Recipients and Honourable Mentions for five of the eleven awards were announced today. They include:

Honourable Mentions for the 2011 Sir John A. Macdonald Prize include:

The Governor General's History Award for Excellence in Museums - The History Alive! Award - Centre des sciences de Montreal for their exhibit entitled 'All Hands to Battle! Life in the Port of Montreal'.

Honourable Mentions for the 2011 History Alive! Award include:

Canadian Museum of Civilization for their Expedition: Arctic exhibition at the Canadian Museum of Civilization (Gatineau, QC). This project revisits the triumphs and tragedies of the Canadian Arctic Expedition of 1913-1918 and added immensely to the understanding of Canada's Western Arctic and the cultures of its First Peoples. It features over 250 artefacts and specimens.

Grey Roots Museum and Archives for The Good People Know Our Stories, Know Us (Georgian Bluffs, ON). This exhibit highlights 15 traditional Anishnabek stories, each of which contains morals, lessons and insight into what it means to be Ojibwa.

Strathcona County Museum and Archives for 100 Years Ago in Strathcona County Historical Vignettes (Sherwood Park, AB). The goal of this multimedia project is to enhance the promotion of the County's history and heritage to students, parents, educators and the community by stimulating their interest with brief stories about local heritage.

Honourable Mentions in Community Programming were awarded to:

Canada's History Society is a national charitable organization devoted to popularizing Canadian history. In addition to presenting the Governor General's History Awards, it publishes Canada's History (formerly The Beaver) magazine, and Kayak: Canada's History Magazine for Kids. The Society also produces a number of educational and online programs to encourage more discovery, celebration, and understanding about our rich history and culture. More details can be found at CanadasHistory.ca.

Founded in 1922, the Canadian Historical Association/Société historique du Canada is a bilingual scholarly organization dedicated to research in all fields of history; it is the largest association of its kind in Canada. The CHA/SHC oversees a vigorous publication program; it lobbies governments, archives, and museums in Canada and elsewhere on issues relating to the preservation and availability of historical records; it organizes an annual conference in which historians showcase their research; it supports graduate students pursuing degrees in history; and it offers a number of prizes to recognize and promote excellence in historical scholarship.

The Canadian Museums Association is the national organization for the advancement of Canada's museum community. The CMA works for the recognition, growth and stability of the sector. Canada's 2,500 museums and related institutions preserve our collective memory, shape our national identity and promote tolerance and understanding.