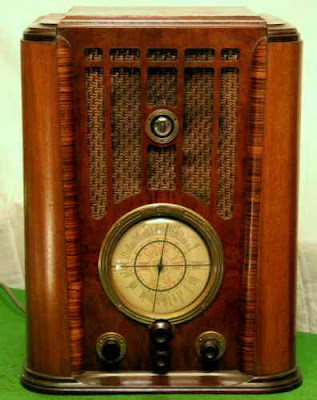 Back in middle decades of the 20th century, radio ruled the roost as millions tuned in each week to listen to the adventures of Little Orphan Annie, the Lone Ranger, and a multitude of soap operas.

The
Old Time Radio Researchers Group (OTRR) is a community of fans and avid listeners who work to preserve, restore and share the classic shows from what is "commonly known as the 'Golden Age of Radio' (1930-1960)".

Visitors with an interest in the history of old time radio will want to make a beeline for the
"Publications" page. Here they can find thousands of radio scripts for programs such as "Abbott and Costello", "Father Knows Best", and "Dragnet". Additionally, they can look over magazine articles from "Radio Dial" and articles by radio historians Jack French and others.

Other sections on their website worth a visit include "OTR Art", which contains historical images of radio celebrities, disc covers, and other original artwork, and "Radio Times", the OTR group’s monthly online magazine. [KMG]