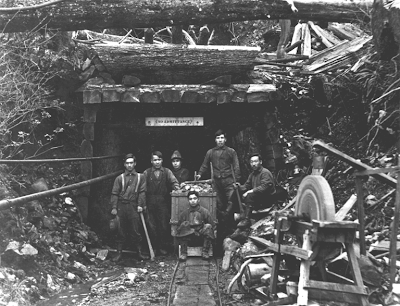 Montreal, October 19, 2011 – The National Film Board of Canada (NFB) is launching public screenings throughout Quebec of Trou Story ( The Hole Story), a documentary by Richard Desjardins and Robert Monderie that sheds light on Canada's mining industry. In this work, the two filmmakers return to the hard-hitting style of their earlier film Forest Alert, creating a damning exposé of the Canadian mining industry using photos, rare archival footage and interviews to shock the viewer. Trou Story adopts an historical approach, denouncing the enormous profits raked in by mining companies at the expense of the environment and workers' health. Produced by Colette Loumède, Trou Story will have its world premiere at the Festival du cinéma international en Abitibi-Témiscamingue on October 30, before opening in theatres throughout Quebec on November 4.

In 1999, Robert Monderie and Richard Desjardins caused an uproar in Quebec's forestry industry with their film Forest Alert (ACPAV/NFB). In 1977, their film A Raging Disaster proved to be a powerful denunciation of the painful beginnings of colonization in Abitibi, where they were both born. In 2007, the filmmakers collaborated in making The Invisible Nation (NFB), shattering our indifference in the face of the poverty silently endured by the Algonquin people. In addition to their work in film, both men pursue their passions in other fields. Robert Monderie is a professional photographer, while Richard Desjardins is busy touring following the huge success of his albums Tu m'aimes-tu?, Les Derniers humains, Boom Boom, Kanasuta and L'existoire. 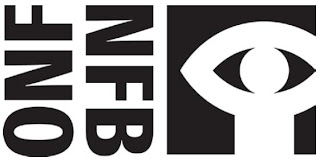 Canada's public producer and distributor, the National Film Board of Canada creates interactive works, social-issue documentaries, auteur animation and alternative dramas that provide the world with a unique Canadian perspective. The NFB is developing the entertainment forms of the future in groundbreaking interactive productions, while pioneering new directions in 3D stereoscopic film, community-based media, and more. It works in collaboration with emerging and established filmmakers, digital media creators and co-producers in every region of Canada, with Aboriginal and culturally diverse communities, as well as partners around the world. Since the NFB's founding in 1939, it has created over 13,000 productions and won over 5,000 awards, including 4 Webbys, 12 Oscars and more than 90 Genies. Over 2,000 NFB productions can be streamed online, at the NFB.ca Screening Room as well as via partnerships with the world's leading video portals, while the NFB's growing family of apps for smartphones, tablets and connected TV delivers the experience of cinema to Canadians everywhere.