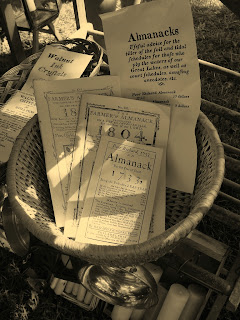 NIAGARA-ON-THE-LAKE, Ontario, October 11, 2011 /Canada NewsWire/ - The Canadian Government today launched the commemoration of the 200th anniversary of the War of 1812. This War helped establish our path toward becoming an independent and free country, united under the Crown with a respect for linguistic and ethnic diversity.

"The heroic efforts of those who fought for our country in the War of 1812 tell the story of the Canada we know today: an independent and free country with a constitutional monarchy and its own distinct parliamentary system," said James Moore, Minister of Canadian Heritage and Official Languages. "The 200th anniversary of the War of 1812 is an opportunity for all of us to take pride in our history, and we look forward to taking part in the events and activities that will mark this important anniversary for Canada."

Over the next four years, the Government will invest to increase Canadians' awareness of this defining moment in our history. This will include support for:

...a pan-Canadian educational campaign focused on the importance of the War of 1812 to Canada's history;

...support for up to 100 historical re-enactments, commemorations, and local events;

...a permanent 1812 memorial located in the National Capital Region;

...investments in infrastructure at key 1812 battle sites, such as Fort Mississauga and Fort York, Ontario;

...celebrating and honouring the links that many of our current militia regiments in Ontario, Quebec, and Atlantic Canada have to the War of 1812.

October 2012 will also be designated as a month of commemoration of the heroes and key battles of the War of 1812.

"Had the War of 1812 ended differently, the Canada we know today would not exist. The war laid the foundation for Confederation and the cornerstones of our political institutions," said Rob Nicholson, P.C., Q.C., Minister of Justice and Attorney General of Canada. "Local activities here in Niagara and across our great country showcase this defining historic moment, while also boosting tourism and strengthening our economy." 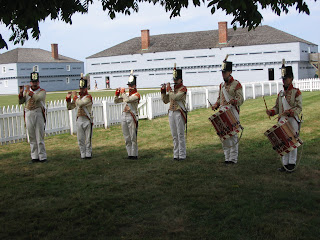 Fort George was the headquarters of the British Army in Upper Canada (Ontario) during the War, including at the time of the historic battle of Queenston Heights in October 1812. In that battle, invading forces were repelled, but Major-General Sir Isaac Brock lost his life fighting at the head of his troops. It was destroyed on May 25, 1813, when it was captured and occupied by US forces two days later. The fort was then retaken by the British in December 1813.

Details on planned activities will be made available on the 200th anniversary of the War of 1812 website at www.1812.gc.ca.

During the commemoration of the War of 1812, the Government of Canada will remember and honour how Canadians from diverse backgrounds and regions came together to fight for Canada, ensuring the independent destiny of our country.

...Canada would not exist had the American invasion of 1812-1814 not been repelled. For that reason, the War of 1812 was a defining chapter in our history.

...The War laid the foundation for Confederation and the cornerstones of many of our political institutions.

...Had the War ended differently, Quebec's French-speaking identity would not exist and the history of Canada's Aboriginal peoples would have been profoundly altered.

...The War was instrumental in the creation of Canada's military. Many Canadian reserve regiments in Ontario, Quebec, and Atlantic Canada trace their origins to the War.

...The regiments that defended Canada, local volunteer militias, and First Nations allies include a long list of Canadian heroes, including Sir Isaac Brock, Tecumseh, John Norton, and Charles-Michel de Salaberry, as well as others like Laura Secord who helped defend our country in a time of crisis.

...It took the combined efforts of English- and French-speaking militias and Aboriginal Canadians, together with British military forces, to succeed in defeating the American invasion.
These heroic efforts tell the story of the Canada we know today: an independent and free country with a constitutional monarchy and its own parliamentary system.

...The signing of the Treaty of Ghent (and other treaties that followed) confirmed the border between Canada and the United States, which is now the world's longest undefended border and an example of nations coexisting peacefully side by side. 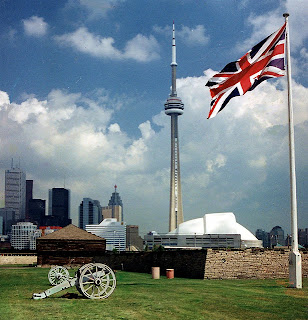 The commemoration of the War of 1812 will provide Canadians across the country with a unique opportunity to participate in national and local initiatives to highlight this defining moment in our history. Over the next four years, the Government of Canada will invest in a series of activities that will highlight the importance of the War of 1812 and its impact on the Canada we know today. Canadians will have an opportunity to connect with each other, experience our history, and learn about many of our heroes.

Investments in local events, activities, and legacy projects are designed to increase awareness, improve understanding of this defining event, while boosting tourism and strengthening the economy.

An additional $20.8 million has already been invested by Infrastructure Canada and Parks Canada as part of the Economic Action Plan for infrastructure and capital improvements to 11 historic sites across Canada associated with the War of 1812, such as Fort Malden, Fort Chambly, and the St. Andrews Blockhouse.

Federal departments and agencies will also develop 1812-themed initiatives within their existing programming, such as commemorative coins and stamps, Winterlude Celebrations in Canada's Capital Region, and Black History Month. An educational and interactive website ( www.eighteentwelve.ca) on the history of the War of 1812 has been developed in partnership with Parks Canada, the Historica Dominion Institute, and the Royal Canadian Geographical Society. The Department of National Defence and the Canadian Armed Forces will celebrate the links that many of our current militia regiments in Ontario, Quebec, and Atlantic Canada have to the War of 1812, as well as honour the sacrifices that were made so long ago on battlefields in central and eastern Canada.

This commemoration is just one of the many events that are bringing Canadians together and will continue to link us in the years to come. These include: