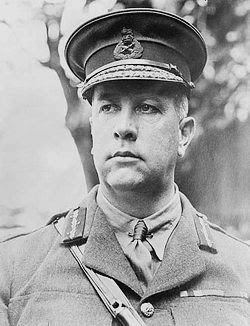 STRATHROY, Ontario, October 12, 2011 /Canada NewsWire/ - The Museum Strathroy-Caradoc will be able to share the story of General Sir Arthur Currie with Canadians, thanks to an investment from the Government of Canada. This was announced today by Bev Shipley, Member of Parliament (Lambton-Kent-Middlesex), on behalf of the Honourable James Moore, Minister of Canadian Heritage and Official Languages.

The Museum will create, present, and circulate a travelling exhibition about the life and career of Strathroy native General Sir Arthur Currie. This project will trace Currie's journey to become Canada's top military leader during World War I and the first Canadian to attain the rank of full general.

"Our Government received a strong mandate from Canadians to invest in the preservation of our heritage," said Minister Moore. "By supporting this project, our Government is delivering on its commitment to strengthen our economy and support our arts, culture, and heritage."

"The Government of Canada is proud to contribute to this travelling exhibit, which facilitates access to our heritage," said Mr. Shipley. "By sharing the history of General Sir Arthur Currie, a significant Canadian historical figure, our Government is ensuring that our story continues to be told."

"Museum Strathroy-Caradoc is honoured by the support of the Government of Canada for this most worthy project," said Andrew Meyer, Community Development Manager, Municipality of Strathroy-Caradoc. "Not only will the General Sir Arthur Currie Travelling Exhibit Project contribute to a greater sense of community pride and identity, but it will serve to increase national awareness and recognition for Currie and his achievements."

The Government of Canada has provided funding of $39,980 through the Access to Heritage Component of the Museums Assistance Program. This program of the Department of Canadian Heritage provides funding to Canadian museums and related institutions for projects that foster excellence in museum activities and that facilitate access to the treasures of our collective heritage.