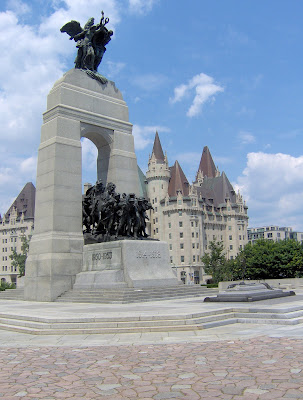 "Today our Government honours the sacrifices and contributions of our Canadian Veterans, in particular those who served in the Korean War, one of Canada's most significant military engagements of the 20th century," said Minister Blaney. "We must preserve the legacy of our Veterans, especially among our younger generations."

"Although Korea is half a world away, the friendship between Canada and South Korea has been growing stronger for more than half a century," said Senator Martin. "I am very pleased to know that the contributions of Canadian Veterans are so well respected and honoured in Korea. The ultimate sacrifices Canadians and the achievements of every soldier in Korea will not be forgotten."

"The Korean War had profound regional and global ramifications that still resound today," said Minister Baird. "Our Government proudly honours the swift and strong contribution of our Veterans. We do this to ensure that this key event in our history is never forgotten and that such a conflict is never repeated."

More than 26,000 Canadian men and women served during the Korean War. Approximately 7,000 Canadians continued to serve between the signing of the Armistice in 1953 and the end of 1955, with some Canadian troops remaining until 1957. Of those Canadians, 516 gave their lives.

More information on Canada's participation in the Korean War is available on Veterans Affairs Canada's Web site at veterans.gc.ca.