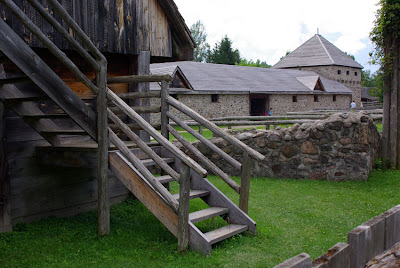 MIDLAND, Ontario, September 12, 2012 /Canada NewsWire/ - Sainte-Marie among the Hurons, a nationally significant historic site near Midland, Ontario, will be pulling out all the stops to make the upcoming visit by Their Royal Highnesses the Earl and Countess of Wessex a spectacular experience that will be steeped in Canada's founding heritage and culture. The Earl and Countess, better known as Prince Edward and Sophie Rhys-Jones, are the youngest son and daughter-in-law of Her Majesty Queen Elizabeth II and His Royal Highness the Duke of Edinburgh. The Ontario visit is being hosted by Ontario's Lieutenant Governor The Honourable David Onley, and this is the first time British Royalty has visited Sainte-Marie among the Hurons.

Jan Gray, General Manager of Sainte-Marie, is inviting the public to attend the memorable event on Sunday, September 16. Sainte-Marie plans an extensive, fun, and highly animated experience for the Royal couple as they tour the site from 12:00 p.m. to 1:30 p.m. 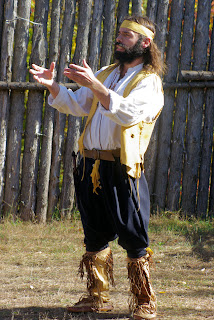 The historic site will be resplendent with seasonal décor celebrating the onset of the Fall Harvest season. Upon arrival the Royals will be greeted by an impressive Encampment display at Sainte-Marie's front entrance, with numerous examples of "survival-in-the-bush" historic skills. They'll see traditional foods such as corn meal and maple syrup in the Cookhouse, view historic blacksmithing, learn about traditional birch-bark canoe building, and enjoy a locked waterway demonstration. Re-enactment group La Compagnie Franche will showcase the heritage of this early military unit in New France. The Earl and Countess will also see the Church of Sainte-Joseph beautifully lit with candlelight, reminiscent of Sainte-Marie's annual First Light celebrations.

Highly significant for the Royals will be their experience in Sainte-Marie's Native Area. The couple will learn about moose-hair tufting, a traditional First Nations craft, and lacrosse, Canada's original sport. The pageantry and colour of First Nations singing, drumming, and dancing will fill the air as the Red Spirit Circle Drum Group, the Christian Island Drum Group, and the Kwiikikwe Métis Women's Drum Group will perform in their spectacular costumes. Greetings will also be extended by The Beausoleil First Nation Chief and the President of the Georgian Bay Métis Council.

The Royal Visit of Prince Edward and Sophie Rhys-Jones to Sainte-Marie among the Hurons will be on Sunday, September 16, from 12:00 p.m. to 1:30 p.m. The public is welcome to attend, and are encouraged to arrive early. Sainte-Marie opens at 10:00 a.m., regular site admission rates will apply.

Sainte-Marie among the Hurons is operated by Huronia Historical Parks, a division of the Ontario Ministry of Tourism, Culture, and Sport.