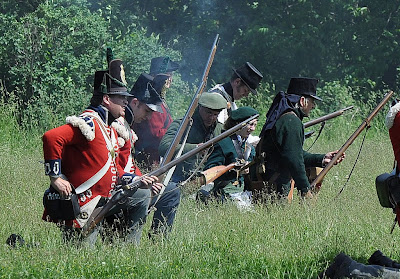 Canadians will celebrate and commemorate many important events and milestones on the road to Canada's 150th birthday in 2017.

The War of 1812 paved the way for Confederation. It was the fight for Canada and a defining moment in our country's history that saw British army and navy, English- and French-speaking militia, and First nations and Métis allies join together to defend our borders. Without their courage and sacrifice, Canada as we know it would not exist.

Today marks the start of a month of commemoration of the heroes and key battles of the War of 1812.

Events are currently taking place across Canada in tribute to key battles of the War of 1812—from the victory at Queenston Heights on October 13, 1812, in which Major-General Brock died leading a charge against the Americans and earned the title "the hero of Upper Canada," to the victory at Châteauguay on October 26, 1813, in which Lieutenant-Colonel Salaberry's force of Canadian militia from Quebec and First Nations allies won an incredible victory against a larger American army. Battles such as these represent our past and define who we are as Canadians.

I encourage all Canadians to take part in a local celebration, visit a local museum and learn more about Canada's history, which would have been forever changed had we not successfully repelled the American invasion.

On behalf of the Government of Canada, I invite Canadians to join me in commemorating the events that took place during the War of 1812 and honouring those who fought for Canada.

Email ThisBlogThis!Share to TwitterShare to FacebookShare to Pinterest
Labels: Government of Canada, War of 1812