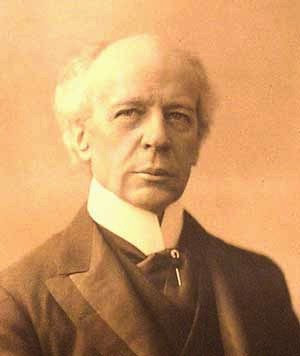 The university began as the Evangelical Lutheran Seminary of Canada on October 30, 1911, offering a theological and liberal arts education. In 1924, its Faculty of Arts became Waterloo College of Arts. The school was affiliated with the University of Western Ontario the following year, providing its students the opportunity to attain degrees. This relationship lasted until 1960, when Waterloo College was renamed Waterloo Lutheran University and attained degree-granting powers of its own. In 1973, it became one of Ontario's provincially assisted universities and was renamed in honour of Sir Wilfrid Laurier, as the former prime minister's last year in office coincided with the institution's founding in 1911.

The Ontario Heritage Trust's Provincial Plaque Program commemorates significant people, places and events in Ontario's history. Since 1953, over 1,200 provincial plaques have been unveiled.