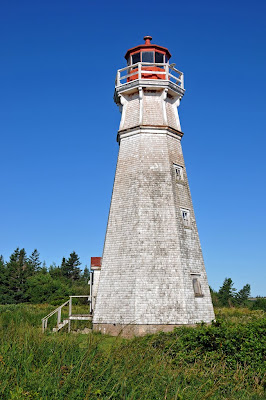 OTTAWA, September 2, 2011 /Canada NewsWire/ - The Heritage Canada Foundation (HCF) has released its Top Ten Endangered Places and Worst Losses Lists drawing attention to a total of 13 architectural and heritage sites in Canada either threatened with demolition or already lost.

The Top Ten Endangered Places List, compiled from nominations received as well as from news items that HCF has been following and reporting on throughout the year includes:

...Cockshutt Office and Timekeeper's Building, Brantford, Ont. — time is running out on designated heritage buildings part of the once thriving industrial heart of the city.

...Cape Jourimain Lighthouse, Bayfield, N.B. — the clock is ticking as local groups try to raise funds to save iconic lighthouse

Topping the Worst Losses List is the historic Empress Hotel in Toronto, lost due to neglect, lack of municipal resources and indifferent owners - and ultimately by an arsonist's fire.

Other examples of historic places needlessly destroyed by the wrecking ball are Vancouver's Pantages Theatre and the Methodist Episcopal Church in Picton, Ontario.

The Heritage Canada Foundation is a national, membership-based, non-profit organization with a mandate to promote the preservation of Canada's historic buildings and places.