Unique Memorial to Home Children on Display at Museum This Month 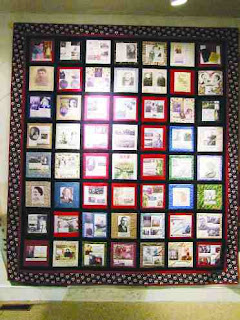 A unique memorial to the British Home Children who came to Canada between 1869 and 1948 will be on display at the Perth Museum until March 31.

The term "Home Children" refers to a child migration scheme founded in 1869, under which more than 100,000 children were shipped to Australia, Canada, New Zealand and South Africa from the United Kingdom. The scheme was intended to alleviate the problem of child poverty in Britain by sending poor and orphaned children to countries of opportunity.

A memorial quilt produced in honour of the "Year of the British Home Child in Canada" in 2010 is part of a complete exhibit on the subject of home children. Each panel in the quilt depicts the story of an individual home child, with many incorporating photographs.

"They decided to put this quilt together and capture the story," said Perth Heritage Manager Karen Rennie, who also has a personal connection to the story. "This is a modern look at how you can tell a story with a quilt."...read more story at British Home Children Decendents