Government of Canada to Establish a National Holocaust Monument 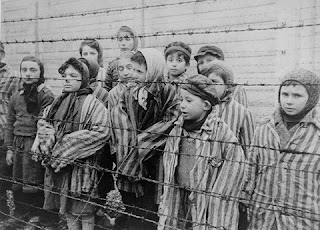 "Our government will establish a National Holocaust Monument in the National Capital Region," said Minister Cannon. "We will always honour the memory of those who perished in the heinous crimes perpetrated during the Holocaust and recognize the important contributions to our country of those who survived."

Transport Canada will oversee the planning and design of the monument, the selection of a suitable site and public consultations, in cooperation with the National Holocaust Monument Development Council. The department's responsibilities will also include the construction and maintenance of the monument. The Council will be required to spearhead a fundraising campaign to cover the cost of the monument and to submit an annual report to the Minister and the appropriate committee of the House of Commons.

The government wishes to acknowledge the strong expressions of support from parliamentarians in the House of Commons and in the Senate, as well as from members of Canada's Jewish community. The efforts of Member of Parliament Tim Uppal and Senator Yonah Martin, who sponsored the bill in this session of Parliament, contributed to its timely passage.

Transport Canada is online at www.tc.gc.ca