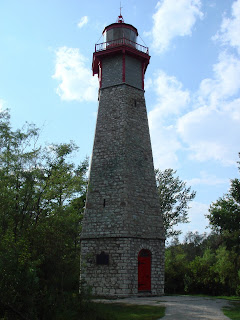 OTTAWA, March 25, 2011 /Canada NewsWire/ - The Heritage Canada Foundation (HCF) strongly supports the Standing Senate Committee on Fisheries and Oceans' Report on the Implementation of the Heritage Lighthouse Protection Act tabled yesterday, March 24, after many months of consultation with Canadians.

In its Report, the committee recognizes that the intent of the 2008 Act was undermined by the Department of Fisheries and Oceans' move to declare 473 of its active lighthouses as "surplus." As a result, local groups and communities are under pressure to assume the financial responsibility for maintenance and protection of almost all of Canada's iconic lighthouses.

HCF strongly endorses the committee's recommendation that the federal government therefore "provide the Heritage Canada Foundation with the seed funding to help launch a comprehensive campaign dedicated to raising funds for the restoration and preservation of Canada's remaining historic lighthouses."

"HCF is eager to work with the federal government, the corporate sector and private individuals to create a national lighthouse fund," stated Natalie Bull, HCF's executive director. "We agree with the senate committee that the ability to launch a comprehensive campaign that will deliver significant funds depends upon federal support."

As the only national registered charity working to protect Canada's historic places HCF has been fighting for the preservation of Canada's lighthouses since 1997.

The Heritage Canada Foundation is a national, membership-based, non-profit organization with a mandate to promote the preservation of Canada's historic buildings and places. Visit www.heritagecanada.org.