Remember Me: Displaced Children of the Holocaust 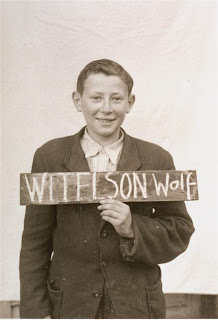 The United States Holocaust Museum (USHM) has worked on a number of important projects, and this might be one of their most moving. Working with the archives of the World Jewish Congress (WJC), they have digitized approximately 1100 photographs of children who were displaced or orphaned as a result of the persecution carried out by the Nazis and their collaborators.

The intent of this project is "to identify these children, piece together information about their wartime and postwar experiences, and facilitate renewed connections among these young survivors, their families, and other individuals who were involved in their care during and after the war."

Visitors to the site can browse the photos by name or just by viewing the gallery as they see fit. The site also includes a 1945 BBC radio broadcast seeking relatives of displaced children and a section with updates on the project's progress. [KMG]