Kate Middleton's Canadian Connection and the Real Number of 'Royal' Weddings in 2011 from Ancestry.ca 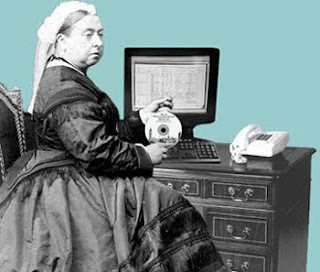 Analysis of the nation's ancestry reveals Kate and William are not the only royals to get married this year - 9,000+ royal wedding will occur in Canada this year - Ancestry.ca offers free access to Canadian marriage collections

TORONTO, April 14, 2011 /Canada NewsWire/ - With the royal wedding a mere two weeks away and counting, Ancestry.ca, Canada's leading family history website, is offering free access to its complete collection of Canadian marriage records. For fans of all things royal wedding related, Ancestry.ca has also uncovered a Canadian connection to the family of Catherine Elizabeth Middleton.

Historical records reveal that Miss Middleton's Grandfather, Peter Middleton, spent some of his formative years in Calgary, where he was stationed during the Second World War while training with the Royal Air Force at #37 SFTS (Service Flying Training School). He was first posted to Canada as a flying instructor and it would be more than two years before he finally saw military action, joining 605 Squadron at Manston, Kent, in August 1944.

Peter also visited Canada when he was 17-years-old, arriving with a group of fellow students for a "School Empire Tour Party" in August 1939. Peter is found on a passenger list arriving in Quebec from Liverpool on August 11, 1939 on the SS Andania. Coincidentally, it was Peter Middleton's death in November 2010 that delayed the announcement of Miss Middleton and Prince William's engagement.

If this isn't enough to get Canadians excited about the royal wedding, recent Ancestry.ca data suggests that this year in Canada, more than nine thousand 'royal' weddings will take place, in which either the bride or groom (or both) can claim ties to some form of royalty in their family tree. These findings from the family history website were gathered by comparing current marriage rates for Canada with the proportion of the population that can claim royal ancestry (10 per cent).

Canadians looking to see if they have ancestral ties to royalty can visit www.ancestry.ca/royal to check out the complete collection of royal family history records. The Royal Collection details half a million people born into or descended from royalty, the peerage, nobility and the landed gentry and highlights royal and noble family trees, coats of arms and family crests, lineage, titles and more.

To help Canadians discover their royal links, Ancestry.ca has compiled a list of tips for discovering the royal blood in one's family history.

...Explore surnames: cross-reference surnames in your family tree with those found in The Royal Collections on Ancestry.ca. Look for names like Windsor, Stuart, Plantagenet.

...Seek out wealth: look for evidence of wealthy ancestors through domestic staff listings on census records, property and businesses documented in wills and probate records and ancestors who were extensive travellers listed in immigration records travelling in First Class.

...Look for places: for surnames in your family tree that are also the name of a place - for example a town or parish - do further research to establish any connection between that ancestor and significant ownership in that location.

...Find the Normans: investigate whether any of the surnames in your family tree has Norman origins and if so, research that particular branch of the family as far back as you can as many early Normans had direct royal connections.

"I would encourage every Canadian to begin researching their family tree if they haven't done so already. With the Royal Wedding coming up, it's a great time to try to discover if you have a royal tie and there may be many Canadians out there now who have connections with the royal family without even knowing it."

To celebrate the royal wedding, Ancestry.ca is offering free access to the complete collection of Canadian marriage records, from April 20 until May 1.

These collections, available at www.ancestry.ca/marriage, contain more than 8 million records and more than 4 million original images from marriages across Canada, dating as far back as 1621.

Marriage records contain information about both spouses and help Canadians discover not only the details around a major milestone in the lives of their ancestors, but can also provide information on the newlyweds' parents; allowing family history fanatics to take their research back another generation.

To discover their royal connections, Canadians can visit Ancestry.ca for a 14-day free trial.

Ancestry.ca was launched in January 2006 and belongs to the global network of Ancestry websites (wholly owned by Ancestry.com Operations Inc.), which contains six billion records. To date more than 20 million family trees have been created and 2 billion names and 50 million photographs and stories uploaded. (Figures current as of 5 March 2011)