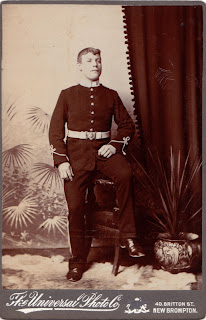 
Do you think your family tree might have British roots?

Would you like to travel to Britain to discover your living relatives?

Dragonfly TV is currently looking for Canadian families who would like to travel to Great Britain to discover long lost relatives they never knew existed. They'll get to experience British life and stay in a magnificent Countryside home and meet new members of their family along the way.

We're currently making an exciting new TV series called Guess the Relative (working title). It's a fun and entertaining show all about family history and our distant living relatives.

In it, people from around the world with get the chance to travel to Britain to discover living British relatives, who they never even knew existed.

We're currently looking for people from Canada who think they may have an ancestor from the United Kingdom. Their ancestor might be several generations back and come from England, Scotland, Wales or Northern Ireland - but if they have any link to the UK whatsoever, we want to hear about it!

Interested persons can visit www.guesstherelative.tv to find out more and apply to take part.

Whether your Great Great Grandfather was born in England or your Great Aunt lived in Scotland... If you think you, or anyone you know, may have any British ancestry, we want to hear from you!