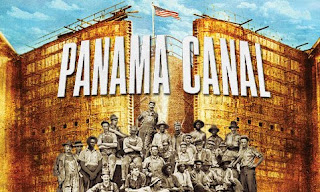 The Panama Canal was quite an undertaking of labor and engineering, and by the time it was completed on August 15th, 1914 the project had been underway (in some form) for well over two decades.

Along the way, over 55,000 workers had been involved, 5,000 people had died during the project's duration, and over 350 million dollars had been spent.

This riveting documentary looks at the history of this project, and visitors can watch the entire program here. The extra features provided here are real treats, and they can be found on the left-hand side of the page. Here visitors will find an interactive map of the Panama Canal region, along with a timeline, and an interview with the program's producer, Amanda Pollak.

Also, the site includes articles on yellow fever, the workers, and the chief engineers of the Canal. Primary resources such as part of the canal record of 1907, suggestions for further reading, and teacher resources round out the site. [KMG]