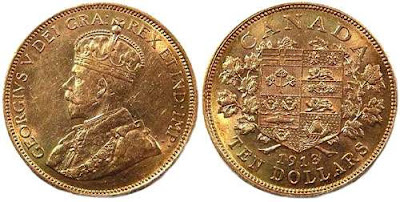 OTTAWA, December 27, 2012 /Canada NewsWire/ - As the striking of Canada's last penny on May 4, 2012 marked the end of an era and the Loonie reached its 25th birthday in June, the Royal Canadian Mint is pleased to have completed another milestone-filled year. From record collector coin sales and the launch of a new Silver Canadian Reserves ETR investment product to the return of Canada's first gold coins and the exploration of digital currency, the Mint continued to excel and thrive in all aspects of its business.

Farewell to the Penny

In Economic Action Plan 2012, the Government of Canada announced that it will phase out the penny from Canada's coinage system. The Royal Canadian Mint struck Canada's last one-cent circulation coin at its Winnipeg production facility on May 4, 2012. Building on its reputation as a leading coin supplier to the world, the Mint is focusing spare production capacity opened by the change to more international business. The Mint also took the opportunity to honour our iconic penny with a selection of limited-edition collectibles; from a selectively gold-plated silver coin to a finely crafted 1/25th ounce pure gold coin. While certain products rapidly sold-out, penny keepsakes can still be found at www.mint.ca, in Mint boutiques or at dealers across Canada.

Distribution of the penny to retailers and financial institutions will end on February 4, 2013. As the denomination remains legal tender and the coin continues to be used, consumers and businesses can consult guidelines on price rounding for cash transactions in the "LEARN" section of the Mint's web site. More information will be circulated in the weeks leading up to the last distribution of Canada's one-cent circulation coin.

Proud of its role in handcrafting a wide range of medals for the Canadian Forces and other revered Canadian institutions, the Mint is always keen to explore new technological horizons with unique projects such as the Vancouver 2010 Winter Games athlete medals and the Rick Hansen Relay Medal.

In 2012, we were honoured to craft the Queen's Diamond Jubilee Medal, issued to 60,000 Canadians in conjunction with the 60th anniversary of the reign of Her Royal Highness Queen Elizabeth II. We were also privileged to produce War of 1812 commemorative medals specially commissioned for the recognition of First Nations and Métis communities whose brave support of British forces and Canadian militia were instrumental to the successful defense of Canadian territory during the War of 1812. These medals were presented, along with Canadian Forces battle honours, to the descendants of these brave warriors at an October 2012 ceremony at Rideau Hall.

The Mint travelled back in time on November 28, 2012, by unveiling a rare collection of 1912, 1913 and 1914-dated $5 and $10 Canadian gold coins previously stored at the Bank of Canada for more than 75 years and kept out of circulation for nearly a century. These treasures of our past, made of gold from the Klondike and newly discovered Ontario deposits, were held under the Government of Canada's Exchange Fund Account (EFA) and are now being liquidated by the Mint to return meaningful keepsakes to scores of collectors, while allowing the Government to invest the proceeds in fixed securities typically held in the EFA. Details of some 30,000 beautiful examples of Canada's first gold coins now for sale can be found at www.mint.ca/1912gold.

As it continues to expand its collector coin offering and diversify its customer base in Canada and abroad, the Mint is delighted to report excellent revenues and record product sell-outs for its Numismatics and Collectibles Business Line. By the end of the Third Quarter of 2012, revenue for the business line was over $107 million, which already eclipses the previous record of $93 million in annual revenues, set in 2011.

As well, a record of sixty 2012-dated collector products completely sold out. With popular subjects such as the 100th anniversary of the sinking of RMS Titanic and the Loonie's 25th birthday, as well as instant hits like our glow-in-the dark dinosaur coin, we actually doubled the previous record of 30 sell-outs.

In keeping with its tradition of celebrating Canada's history, culture and values through coins, the Mint has continued to issue commemorative circulation coins which millions of Canadians can collect as proud symbols of our heritage and identity. A two-dollar coin and four 25-cent coins recognizing the 200th anniversary of the War of 1812; a one-dollar coin honouring the 100th playing of the Grey Cup; and the 2012 Lucky Loonie each became permanent reminders of proud moments which captured our collective imagination in 2012. Over 300,000 of these coins were exchanged with the public at special events held across Canada.

The Royal Canadian Mint is the Crown Corporation responsible for the minting and distribution of Canada's circulation coins. An ISO 9001-2008 certified company, the Mint is recognized as one of the largest and most versatile mints in the world, offering a wide range of specialized, high quality coinage products and related services on an international scale. The Mint has also issued exchange-traded receipts under its Canadian Gold Reserves (TSX: MNT/MNT.U) and Canadian Silver Reserves (TSX: MNS/MNS.U), which provide holders with direct legal and beneficial ownership in physical gold and silver bullion held in the custody of the Mint at its facilities. For more information on the Mint, its products and services, visit www.mint.ca.