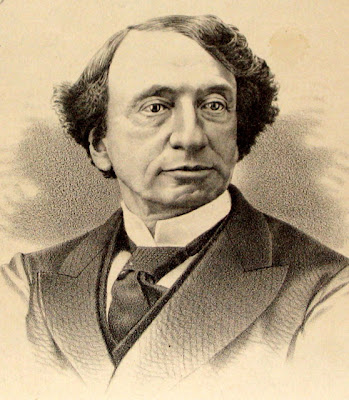 KINGSTON, Ontario, January 11, 2013 /Canada NewsWire/ - Today, at the annual Sir John A. MacDonald Day ceremony in Kingston, The Honourable James Moore, Minister of Canadian Heritage and Official Languages, celebrated the life and accomplishments of Sir John A. MacDonald, Canada's first Prime Minister. Minister Moore also announced support for projects that will commemorate the 200th anniversary of the birth of Sir John A. Macdonald in 2015.

"Our Government is proud to invest in projects and commemorations, like the anniversary of Sir John A. Macdonald's birth, that contribute to our collective identity and define who we are as Canadians," said Minister Moore. "On the road to Canada's 150th birthday in 2017, let us celebrate all of the things that make Canada the united, strong, and free country we are today."

Support has been provided to the Sir John A. Bicentennial Commission for a range of activities to increase public awareness about Canada's first Prime Minister. Additionally, the Historica-Dominion Institute will receive support to create two new Heritage Minute videos featuring Sir John A. Macdonald and Sir George-Étienne Cartier. These investments will encourage all Canadians to reflect on Sir John A. Macdonald's life and accomplishments and to celebrate his significant contributions to Canadian history.

"The 200th anniversary of Sir John A. MacDonald's birth, in 2015, will be an opportunity for all Canadians to learn and to celebrate the important contributions Canada's first Prime Minister made to shape our great nation," added Minister Moore.

"We are so grateful to have the support of the Government of Canada as we move towards the bicentennial of Macdonald's birth," said Ryan Zade, Associate Director of the Sir John A. Bicentennial Commission. "With this support, we can work towards engaging all Canadians to help tell the story of Macdonald, which is the story of the place we all call home: Canada."

"Sir John A. Macdonald and Sir George-Étienne Cartier are two of the greatest Fathers of Confederation," said Anthony Wilson-Smith, Historica-Dominion Institute President. "We're proud and grateful that we'll be able to use our Heritage Minutes format to tell stories about their roles in the making of Canada."

The Government of Canada has provided over $500,000 to the Sir John A. Bicentennial Commission (2010-2012), and $360,000 to the Historica-Dominion Institute (2012-1214). The funding comes from the Commemorate Canada component of the Celebration and Commemoration Program. This program of the Department of Canadian Heritage supports initiatives of national significance that commemorate important aspects of Canada's history.