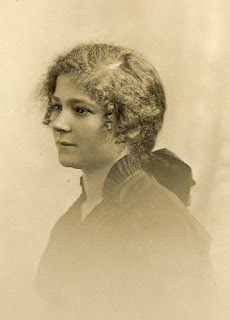 TORONTO, May 5, 2011 /Canada NewsWire/ - The Bata Shoe Museum is pleased to announce the opening of its newest exhibition, The Roaring Twenties: Heels, Hemlines and High Spirits, a glamourous display of 1920s footwear. Illustrating the electrifying synergy between fashion and design with a focus on the wardrobe and widening horizons of the "New Woman", the exhibition takes a look at how the myriad influences of the period such as cinema, jazz clubs and world travel influenced the shape of fashionable footwear.

Bracketed by the First World War and Great Depression, the glittering decade of the Roaring 20s marked the dawn of the modern era. Post-war exuberance infused society and fashion with an energetic modernity.

"For women especially, fundamental cultural shifts such as women's suffrage were reflected in fashion signaling a clear break with the past" said Elizabeth Semmelhack, Senior Curator, Bata Shoe Museum. Added Semmelhack, "and many of the decade's exceptional shoes illustrate this electrifying synergy between culture and fashion. "

Fashionable footwear in the 1920s reflected the new freedoms opening up for women; from the invention of the T-strap shoe designed to keep women's shoes on their feet while doing the Charleston to the menswear influenced shoes worn by women stepping out of the domestic sphere into the public realm. Many of the changes to women's dress introduced in the 1920s such as shorter hemlines, higher heels and the use of makeup continue to have relevance today and continue to reflect the freedoms and challenges open to women

An exciting lecture and movie series has also been developed to accompany the exhibition. For more information, please visit the Museum's website at www.batashoemuseum.ca.

The Roaring Twenties: Heels, Hemlines and High Spirits will be on view until June 2012.