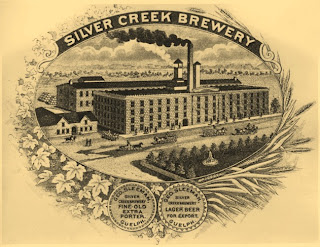 The University has acquired the Sleeman Collection, chronicling the history of one of the country’s oldest breweries, for its archival and special collections at the McLaughlin Library.

The collection includes photographs, business records, newspapers, correspondence and other materials showing the brewing dynasty’s impact on Canada in the past 150 years, from industry advancement to infrastructure to politics.

“For many years, we have been accumulating my family’s historical artifacts,” said John W. Sleeman, company founder and chairman and great-great-grandson of the original brewmaster, John H. Sleeman.

“I have always hoped that we could somehow preserve them for the future but also make them available for the public to see and enjoy. I’m delighted to say that, with the University of Guelph’s wonderful archival facilities, this has now been made possible.”

The University will unveil the collection at an event April 3 during Archives Awareness Week.

Sleeman will speak along with Ian Bowering, a beer historian and author, and Rebecca Graham, the University’s chief information officer and chief librarian. The library will display portions of the collection and launch a new collection website that day.

The event will take place from 2:30 to 3:30 p.m. in the Academic Town Square, located on the first floor of the library with a reception to follow.

“This is an important contribution to our regional history collection,” said Kathryn Harvey, head of archival and special collections.

“The Sleeman family has a long and rich history in this area, playing a role not just in the brewing business but in the very fabric of Guelph society. They were involved in early transportation, sports and community growth, and contributed to political and social life.”

The University has acquired the material in phases over recent years. U of G hopes to have the collection designated as Canadian cultural property.

Under four main categories – biographies, breweries, regional history, and sports and social clubs – the website highlights the company’s history from its founder’s arrival in Upper Canada through Prohibition to today’s brewing operation. More extensive records on these and other areas are available for study in the collection itself.

...John H. Sleeman first opened the Stamford Spring Brewery on the Niagara River. He relocated to Guelph, where he established Silver Creek Brewery in 1851.

...After taking over in 1867, Sleeman’s son, George, doubled production and established outlets in 15 cities.

...George became the first mayor of the new City of Guelph, and helped introduce hydroelectric power and pay for streetcar service.

...George and his wife, Sarah, opened rival Spring Bank Beverages in the same year. In 1906, he bought back Silver Creek Brewery and merged both businesses under management of his son Henry.

...During Prohibition, Henry and his brothers smuggled alcohol for more than a decade. They were charged with smuggling and tax evasion in 1933. The family’s brewing licence was suspended and the family barred from brewing for 50 years.

...The company has grown and acquired several firms over the years and is now a national company with breweries and other facilities from coast to coast.

...John Sleeman remains involved with the company on a daily basis and is the company’s chairman.