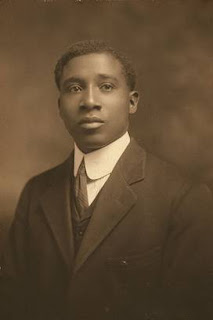 OTTAWA, Ontario February 21, 2013 /Canada NewsWire/ - Two of Canada's foremost choirs are combining to present their first joint tour. The Elmer Iseler Singers and the Nathaniel Dett Chorale, the renowned Toronto-based professional chamber choirs, will be presenting AMAZING GRACE, a celebration of the black and white spiritual traditions of North America, in concerts throughout southern Ontario during Black History Month.

The tour will end in Ottawa on Saturday, March 2nd at 8:00PM with a spectacular concert at Christ Church Cathedral Ottawa, 420 Sparks Street, in celebration of the Tenth Anniversary of the establishment of Cathedral Arts, the arts programme of the Cathedral.

AMAZING GRACE is inspired by the world's most beloved folk hymn. Although generally considered to be an African American spiritual, the song was in fact written by an 18th century British slave trader who underwent a profound transformation as a result of surviving a shipwreck. It serves as the cornerstone for the concert, being presented in four different settings.

Other highlights include a wide variety of African American spirituals such as Deep River, Go Down Moses and, Didn't My Lord Deliver Daniel in settings by the pre-eminent British composer Sir Michael Tippett, African American composers Adolphus Hailstork and Moses Hogan and, other Canadian and American composers. The most notable Canadian contribution is Sharon Fragments by Toronto composer John Beckwith. This Canadian choral classic was inspired by the hymns of David Willson, founder of the Children of Peace, a breakaway Quaker sect that built the famous Sharon Temple north of Toronto and was prominent in 19th century Upper Canadian political and musical spheres.

The Elmer Iseler Singers was founded in 1979 by Dr. Elmer Iseler, the dean of Canadian choral conductors, who founded Canada's first professional choir, the Festival Singers, in 1954. Dr. Iseler conducted the Toronto Mendelssohn Choir for thirty-three seasons. The choir, which tours and broadcasts regularly and has over thirty recordings to its credit, is now under the baton of Lydia Adams, the Glace Bay, NS native, who also conducts the Amadeus Choir of Greater Toronto.

Dr. Brainerd Blyden-Taylor founded the Nathaniel Dett Chorale in 1997. Named after R. Nathaniel Dett, the Canadian-born composer and educator who became a leading figure in the development of African American music, the Chorale is dedicated to the presentation of black choral music of the classical, jazz, folk, gospel and world music traditions. The choir has sung for such eminent figures as Nelson Mandela and Bishop Desmond Tutu, and participated in the 2009 inaugural celebrations of President Barack Obama.

Come and enjoy a wonderful evening of spiritual traditions of North America.

Tickets from $15 to $45 are available online at www.cathedralarts.ca.