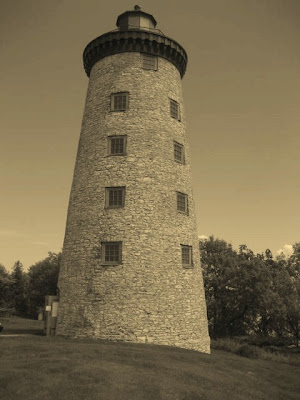 The HLPA, which was adopted in 2008, allows for the protection of federally-owned lighthouses on Canada's coastal and inland waters that have significant heritage value. Administered by Parks Canada, the HLPA helps ensure Canada's maritime history is protected for the benefit and enjoyment of present and future generations.

Canadians have nominated hundreds of lighthouses to be considered for designation under the Act.

"I am pleased that the centrepiece of the Battle of the Windmill National Historic Site will now be protected for the benefit of future generations. This lighthouse was a witness to historical events that have impacted Canada." - Leona Aglukkaq, Canada's Environment Minister and Minister responsible for Parks Canada

Windmill Point Lighthouse is the key symbol of the Battle of the Windmill in Upper Canada. This four-day battle in 1838 between British troops and local militia defeated an invasion force of 300 American "Hunters" and Canadian rebels. It brought an end to the Rebellion of 1837-1838.


Located close to the American border, this lighthouse was initially built as a windmill before being converted to a lighthouse in 1874.


For over one hundred years, this lighthouse was associated with the system of navigation aids along the St. Lawrence and the Great Lakes.


The heritage lighthouse and National Historic Site of Canada is administered by Parks Canada.

"I am thrilled that Canadian history is one of our government priorities and that we are taking action to protect and preserve cherished sites like Windmill Point Lighthouse, which has been an integral part of Eastern Ontario heritage for almost 200 years and an important tourist attraction for the area." - Gordon Brown, MP, Leeds-Grenville